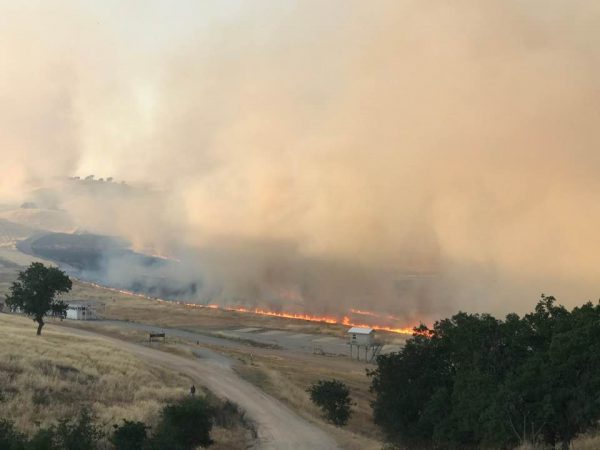 A day after three fires broke out in San Luis Obispo County, more blazes ignited on the Central Coast, including at Camp Roberts.

The Camp Roberts fire broke out at about 3:15 p.m. on Wednesday and burned an estimated 4,000 acres. The blaze rapidly spread through dry grass before fire breaks and backfires contained it, according to Camp Roberts officials.

Camp Roberts officials say no soldiers were training on the ranges on Wednesday, so hot, dry conditions may have caused the fire. The temperature at Camp Roberts peaked at about 106 degrees.

“A controlled burn of the impact area is scheduled for Wednesday, June 3, but it looks like nature decided to start early,” a Camp Roberts Facebook post states. 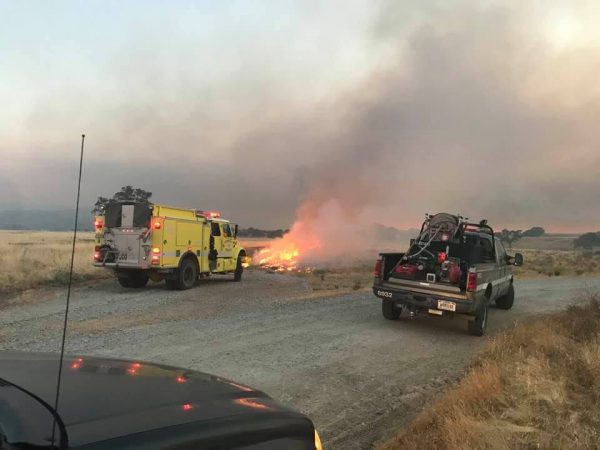 The Camp Roberts fire filled the air with a lot of smoke, which was visible from North County.

Also on Wednesday, a house fire broke out in the 1600 block of 15th Street in Los Osos, according to Cal Fire.

The Los Osos house fire possibly started in an oven. Occupants of the home evacuated safely.

Shortly before 9 a.m., on Thursday morning, a small vegetation fire broke out  at 9509 Carmel Road in rural Atascadero.

The small blaze burned a John Deere mower in addition to vegetation.