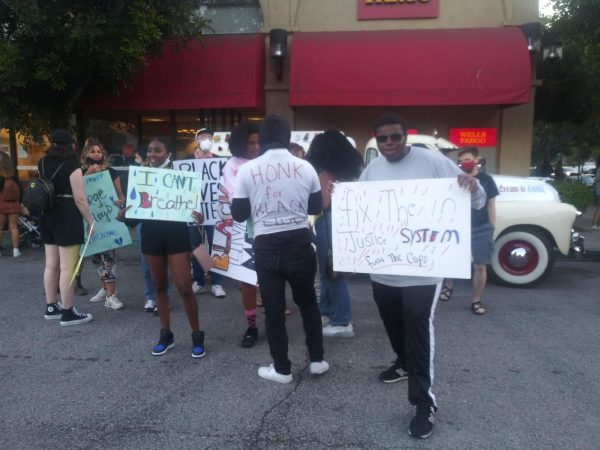 The killing of George Floyd by a Minneapolis police officer has sparked nationwide protests, including a small demonstration in San Luis Obispo and mass rioting and the burning of a police station in Minnesota.

The protesters appeared to be local residents. They remained peaceful throughout the demonstration. 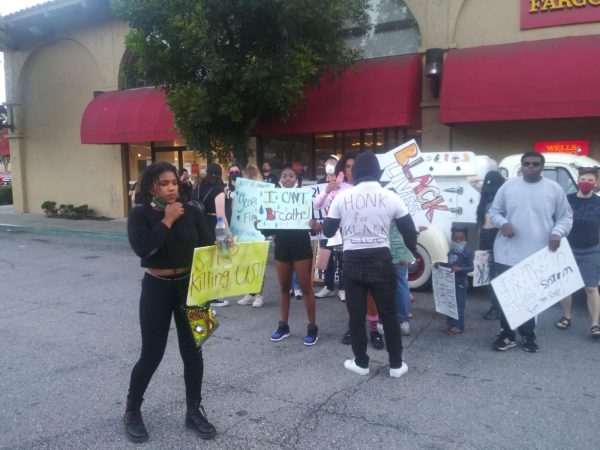 Online comments posted by community members indicate some local residents sympathize with demonstrators protesting in the aftermath of Floyd’s death, while others argue the incident does not justify rioting and looting.

In Minneapolis, rioters have overtaken and burned numerous buildings, including the Minneapolis Police Department’s third precinct building. Rampant looting of businesses has occurred in the city amid the riots, which began Wednesday night.

Major protests have broken out in other cities around the country, with some leading to violence. Gunfire erupted at a protest Thursday night in Louisville over a separate police killing. A total of seven people were shot during the Louisville protest. 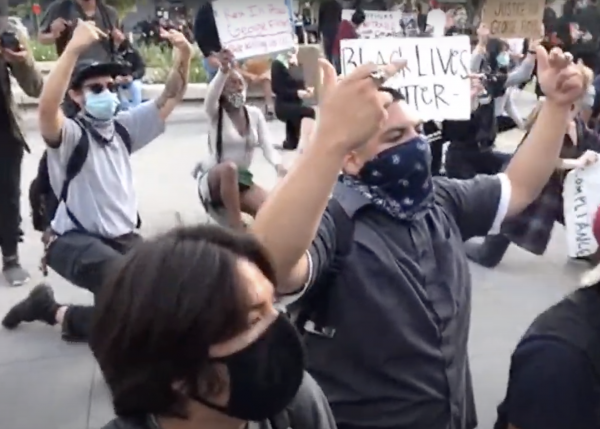 The protesters then marched through the streets of downtown Los Angeles until police blocked their path. A standoff between officers and protesters then ensued, culminating with demonstrators fleeing after police declared the protest an unlawful assembly and ordered the crowd to disperse.

Officers made at least one arrest, which can be seen in video footage of the protest.

On Friday, authorities in Minnesota announced the arrest of now-fired Minneapolis police officer Derek Chauvin on charges of third-degree murder and manslaughter. A criminal complaint in the case states Chauvin held his knee to the neck of Floyd for eight minutes and 46 seconds. For two minutes and 53 seconds of that time span, Floyd had already passed out.