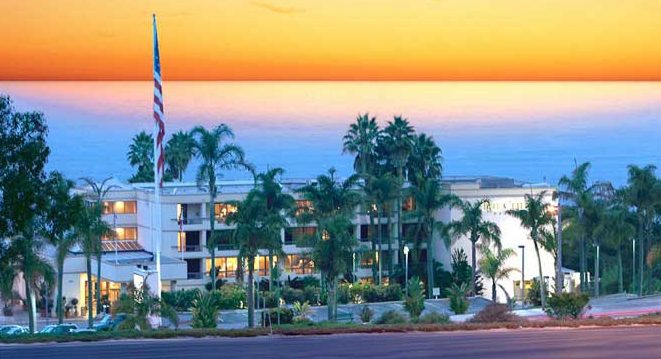 San Luis Obispo County Public Health officials continued an executive order on Friday that limits all hotels to 50 percent occupancy until at least next Friday.

At that time, if there is an uptick in new coronavirus cases the order could be extended again. County health administrators are wanting to compare new cases during the two weeks following Memorial Day weekend with the number of prior cases, under the theory the cases would be due to increases in hotel occupancy.

However, multiple hotels in coastal areas had over 80 percent occupancy during the three weeks prior to the holiday weekend, according to local hoteliers. These hotels were operating under enhanced hygiene practices, including cleaning rooms after guests had checked out, providing meals to guests outside their door, closing pools and gyms, and  frequently sanitizing common surfaces. At the same time, many inland hotels had occupancy rates under 20 percent

SLO County Public Health Officer Penny Borenstein and Administrator Wade Horton have voiced concerns that residents from other California counties with larger numbers of coronavirus cases could infect local residents. Without board approval, Borenstein and Horton spent $9,000 on advertisements asking people from the Central Valley not to visit SLO County at this time.

“I believe that our neighbors from the valley commingle with our population, and many own houses here,” said Supervisor Debbie Arnold. “I was not supportive of the new order limiting hotels. We were not seeing an increase in cases coming out of the hotels.”

During the past 26 days, more than 60 percent of newly confirmed cases have come out of Paso Robles, primarily from a neighborhood in the northwest portion of the city. At the same time, there has been only one newly confirmed case of coronavirus reported in the county’s coastal communities.

Of the 269 confirmed coronavirus cases in SLO County, 245 individuals have recovered, and one has died. Of those still suffering from the virus, there are four people in intensive care in the hospital, and 19 recuperating at home.

In California, there has been a slight uptick in the number of new cases during the past week, primarily in a handful of counties in Southern California. Even though it has only approximately 10 percent of the state’s population, Los Angeles County has reported more than 55 percent of the deaths from coronavirus in the state.

In addition, the number of people infected with the virus worldwide continues to increase: 6,019,931 cases with 366,284 dead.