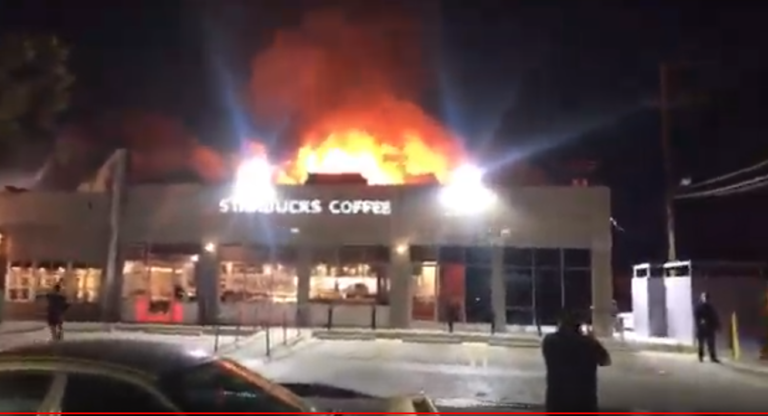 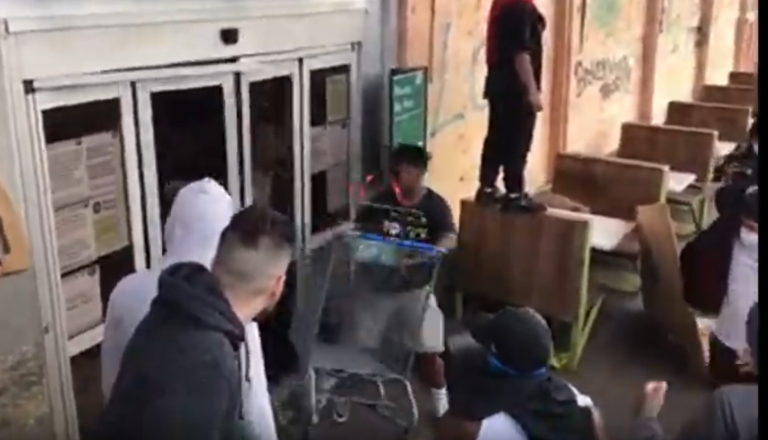 A man breaking the door open of a Whole Foods in Los Angeles. Dozens of looters then stormed the store. 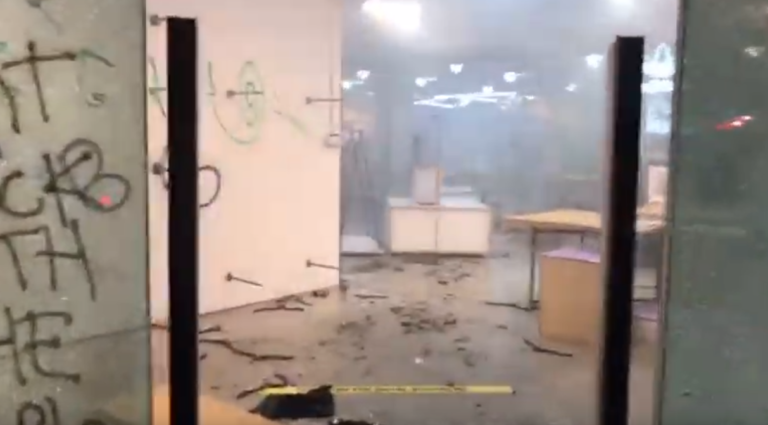 An Urban Outfitters after rioters broke out windows, looted the store, and set a manikin on fire. 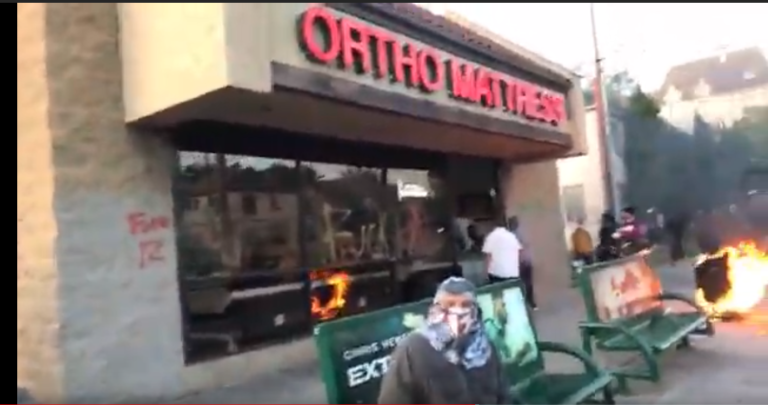 A man broke a window, snatched several pillows, and broke more windows. Others entered the store, looted, and then set mattresses on fire.

Garcetti also set an 8 p.m. curfew, which appeared to be largely ignored, according to video footage by Friedman. 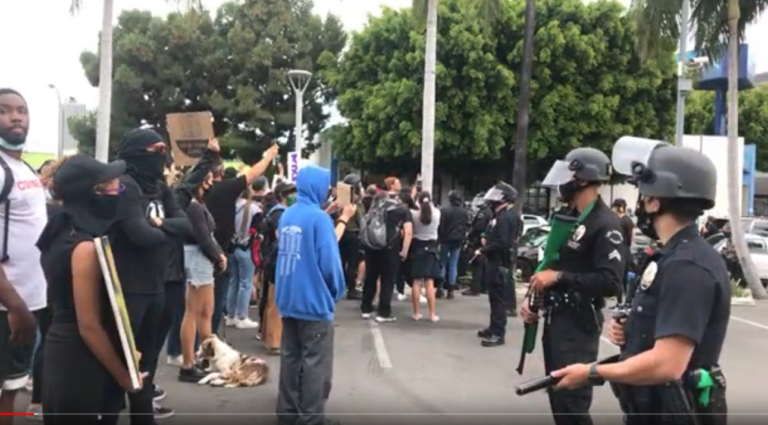 A police line, shortly before a protestor threw a bottle at officers, who responded with tear gas.