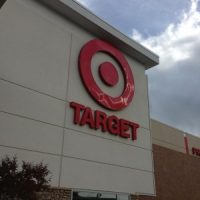 Hundreds of people peacefully protested in San Luis Obispo on Sunday. Even though there has been no rioting or looting in SLO County, Target is temporarily reducing hours at its stores in San Luis Obispo and Paso Robles; both stores will open at 10 a.m. and close at 5 p.m.

In Santa Maria, where peaceful protests turned violent over the weekend, Target has temporarily closed its store.

During the protests, multiple Target stores have been vandalized and looted, including a store in Minneapolis near the city’s 3rd police precinct, where the four officers who were involved in Floyd’s death worked.

“We are heartbroken by the death of George Floyd and the pain it is causing communities across the country,” the Minneapolis-based company said in a statement. “At this time, we have made the decision to close a number of our stores.”