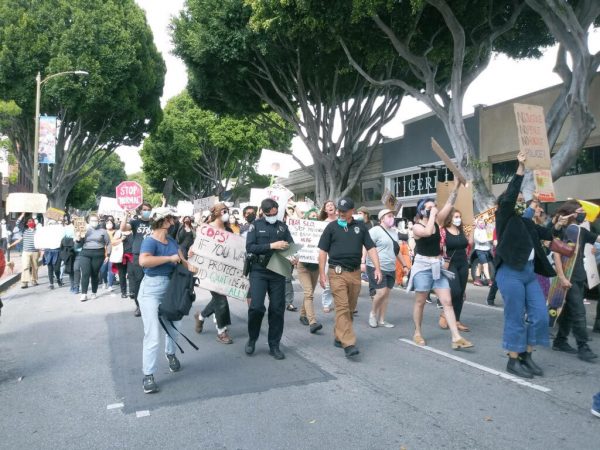 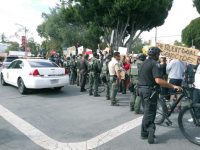 A crowd in the hundreds protested peacefully in San Luis Obispo on Sunday as violent protests and riots continued in major cities across the United States in the aftermath of the death of Minneapolis man George Floyd.

Protesters gathered at Mitchell Park and marched through downtown SLO, at one point lying down on Marsh Street. Demonstrators carried signs including, “No Justice No Peace. No Racist Police,” which was also one of the crowd’s chants.

The protest attracted a heavy police presence, even though it did not turn violent. The protest had been promoted by the organization R.A.C.E. Matters SLO and individuals, including San Luis Obispo Mayor Heidi Harmon. 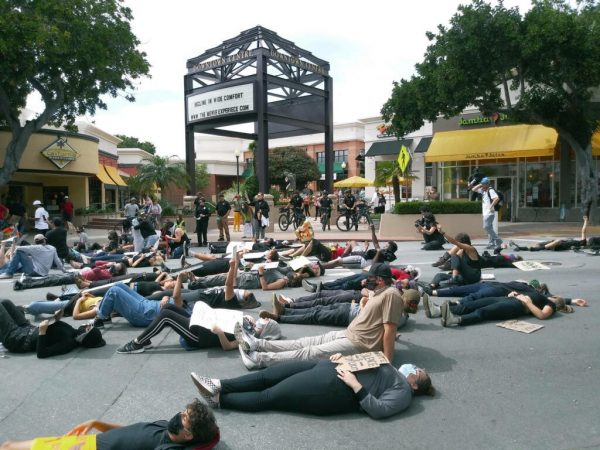 Also on Sunday, a protest in Santa Maria likewise attracted hundreds of demonstrators. Violence later ensued in the area of the Santa Maria protest.

A small fire broke out on a street and there were reports of vandalism. Additionally, Santa Maria police said a person was stabbed on Sunday.

There were also drivers doing donuts in vehicles as crowds in Santa Maria watched.