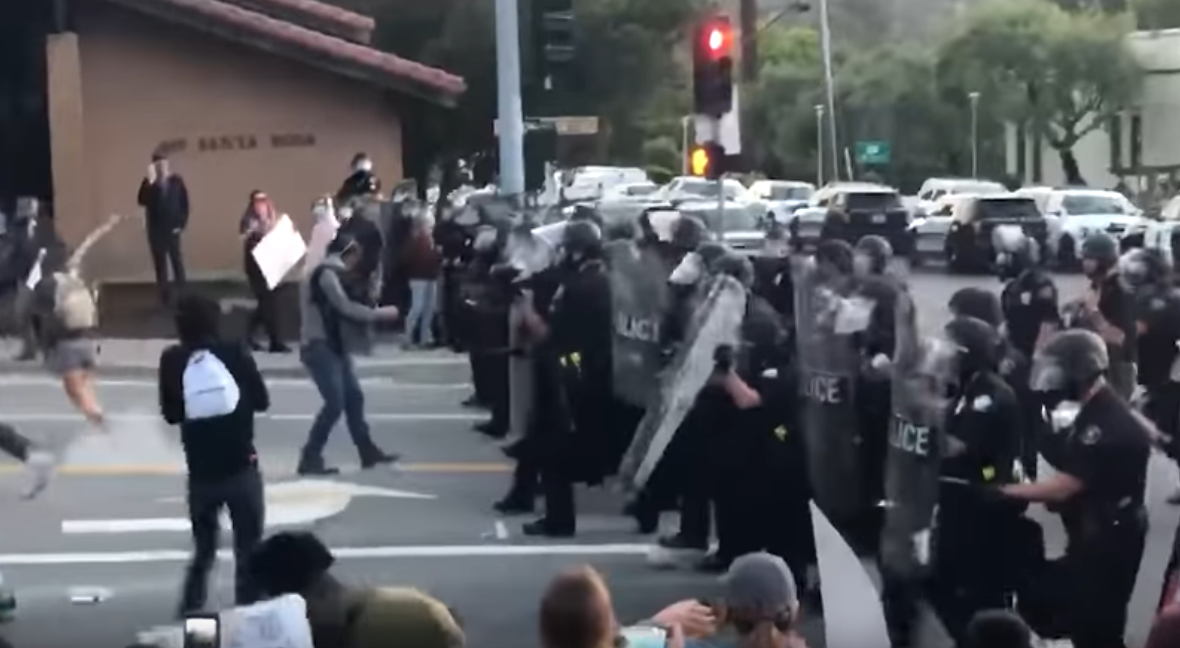 Protesters blocked traffic on Highway 101 in San Luis Obispo on Monday and later engaged in a standoff with officers near the police station, while vandals and looters focused on the downtown area.

Hundreds of people protesting the death of George Floyd gathered in the afternoon at Mission Plaza. They then marched through downtown SLO and onto Highway 101, walking southbound in the northbound lanes.

Shortly before 5 p.m., the protesters stopped traffic in both directions on Highway 101 near Santa Rosa Street.

After exiting the highway, protesters walked through downtown and later engaged in a standoff with officers on Santa Rosa Street near the San Luis Obispo police station. The standoff between protesters and officers at the intersection of Santa Rosa and Walnut streets continued until after 7 p.m., when police asked the protesters to disperse.

While many left, a small group remained with some throwing water bottles at police. Officers arrested several people and shot tear gas at protesters.

In line with protest in larger cities, after the march led to civil unrest, vandals and looters focused on local businesses. A vandal shot out windows at Central Coast Surfboards, Founders Community Bank, and Shoe Palace. Looters then snatched items from the shoe store.

One Comment about “Protesters block traffic on Highway 101 in SLO”