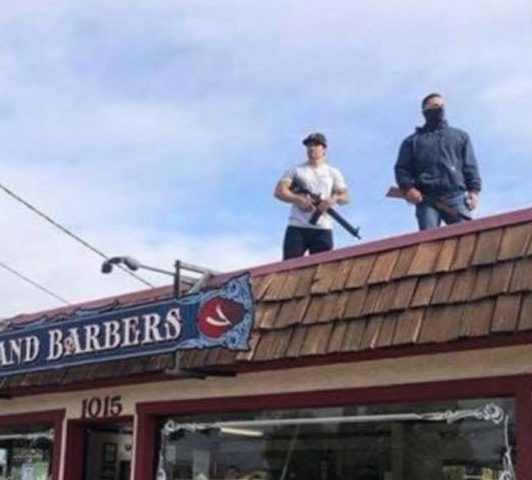 While several hundred protestors marched in Grover Beach and Arroyo Grande against police brutality and racism on Friday, several rifle wielding men stood on rooftops to guard against looters and vandals, leading to heightened animosity between local conservatives and liberals.

In San Luis Obispo County, dozens of protests have been primarily peaceful. In some larger cities, opportunists and vandals appear to have utilized protests over the death of George Floyd to loot and vandalize.

The looted businesses, burned down buildings, and shot or assaulted people trying to defend their property. 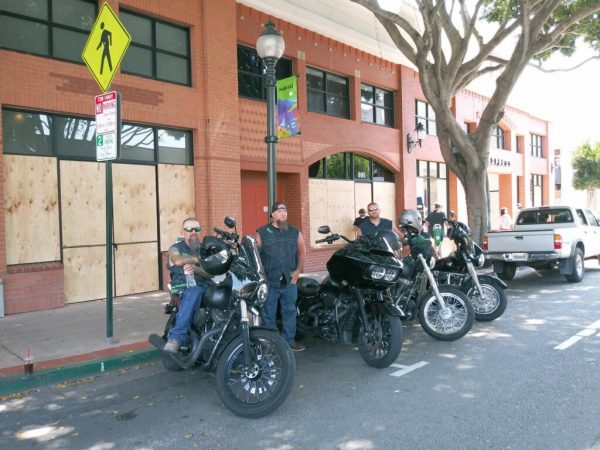 During a half dozen protests in SLO County, motorcycle clubs have lined the streets to protect the communities from looting and vandalism. Before and during protests, some business owners close early, others board up their buildings, and some wait inside with guns or baseball bats.

Before Friday’s protest, John Hackleman, the owner of The Pit Martial Arts and Fitness, posted a YouTube video noting looting in other areas, and warning that he would be protecting his property. He said that he has had to close his business because of the coronavirus, which appears to be a “hoax ‘ in our area because they are now letting large protests occur.

“I say protect free speech, but this free speech is turning into violence, brutality, murder, destruction of property,” Hackleman said. “We will be watching our gym. Walk quickly when you go past The Pit. Run past The Pit, don’t even f**king look at it.”

During Friday’s peaceful protest, men with rifles stood on the rooftops of a barber shop and The Pit Martial Arts and Fitness. They appeared to hold the rifles pointed down at the rooftops.

Following the protest, Grover Beach Councilwoman Mariam Shah said her son would no longer attend The Pit, and chastised the owner for “turning assault weapons on your own community members with different views,” according to a Facebook post. 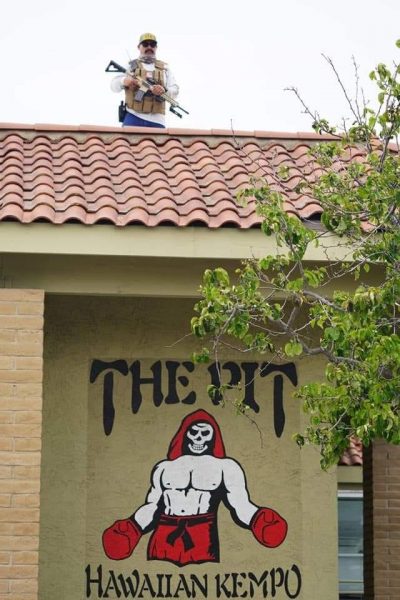 Hackleman responded angrily, calling those asking for a boycott of his business “pathetic.”

“If someone breaks into your business or home, what the f**k are you supposed to do?” Hackleman wrote. “If you want to boycott The Pit because we were willing to protect ourselves and our neighbors from evil, violent, predatory, opportunist rioters, you do not want to come to The Pit, believe me, and we don’t want you there.”

Others have chimed in on social media, some asking for a boycott of The Pit, other calling the owner names.

“Some ‘family’ friendly place you are, with armed thugs brandishing weapons on your roof at peaceful marchers,” Anthony Toohey wrote on Facebook. “We don’t need trash like that in our community.”

During the LA Riots in 1992, a group of business owners in Koreatown, dubbed the “Rooftop Koreans,” stood on top of buildings, armed with rifles to protect their community from looters. They were revered as heroes.