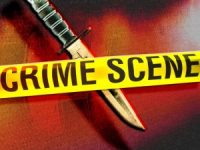 On Sunday, two Hispanic males attempted to kidnap a female truck driver at knifepoint in Maricopa, according to the Kern County Sheriff’s Office. The suspects demanded the truck driver transport them to Bakersfield, deputies said.

The driver entered her truck and managed to drive away without suffering any injuries. She then reported the incident to the sheriff’s office.

Investigators then arrested Moses Abeytia, 20, and Feliciano Ramirez, 21, for the alleged kidnapping attempt.

During the arrest, Abeytia refused to give his name to deputies, and Ramirez provided a false name. Deputies booked the Santa Maria men into the Kern County Jail on a charge of attempted kidnapping and multiple misdemeanor counts.

Authorities have not disclosed the details of the Santa Maria attempted murder case.