Four fires broke out in San Luis Obispo County within a span of 24 hours on Tuesday and Wednesday.

Three of the four blazes started within a span of three hours on Tuesday, and have been extinguished. The blaze that started on Wednesday is still spreading in the California Valley, according to Cal Fire. 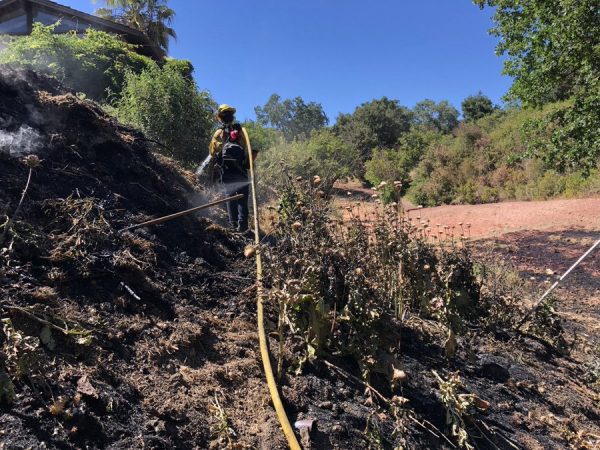 Shortly after 3 p.m. on Tuesday, a vegetation fire ignited in rural Paso Robles near Peachy Canyon Road and Narnia Way. The quarter of an acre blaze may have been caused by a pile or piles of mulch spontaneously combusting in the heat, according to Cal Fire.

At about 4:10 p.m., a driver lost control of a vehicle and crashed near Highway 41 in Atascadero. The driver went off the roadway near Carmelita and Casanova roads, prompting the car to catch on fire. 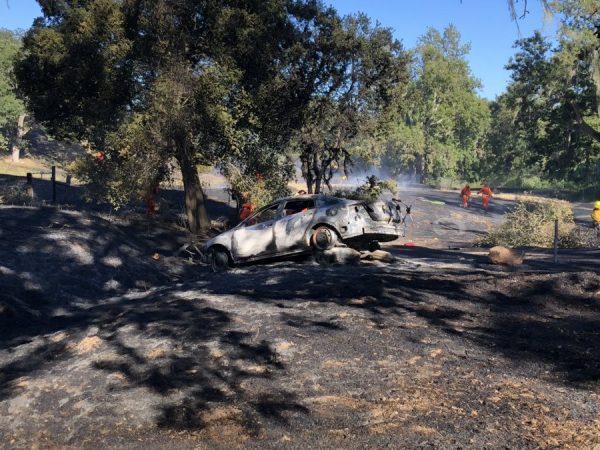 Car fire near Highway 41 in Atascadero

The fire spread and burned a total of about 10 acres. The blaze destroyed the car and one home. Two other homes sustained damage as a result of the fire.

Shortly before 6 p.m., a caller reported a vegetation fire burning north of Morro Bay along Highway 1 by Toro Creek Road. The blaze burned two acres and knocked down power lines. 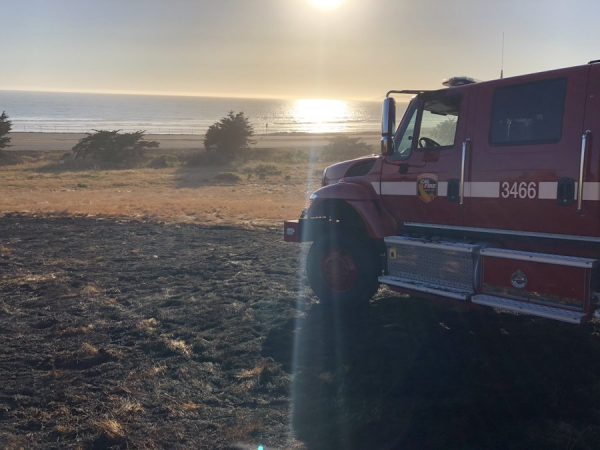 Firefighters battled the blaze from the air and the ground. The cause of the fire along Highway 1 is unclear.

On Wednesday afternoon, a larger fire was reported burning in the California Valley near Highway 58 and Soda Creek Road. The fire has burned 50 acres.

Firefighters are currently battling the blaze from the air and the ground. 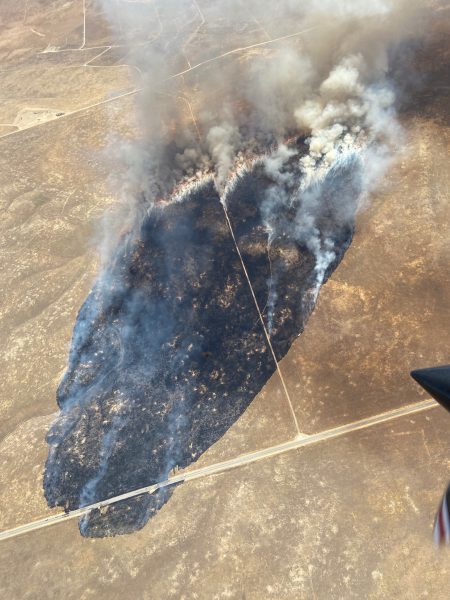