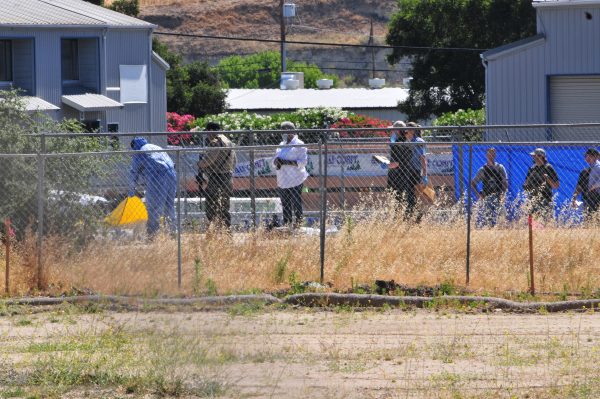 The man in his 40s found dead behind Cool Hand Luke’s near the train station Wednesday morning died from a gunshot to the head from close proximity, according to the San Luis Obispo County Sheriff’s Office.

A short time later, a sheriff’s deputy was shot. He is in serious but stable condition at a local hospital.

It is suspected the suspect shot both the deputy and the deceased victim.

The suspect is described as a male with curly hair. He is wearing a white hoodie and blue jeans.

Officers are searching for the shooter throughout the downtown area and collecting evidence, including multiple shell casings.