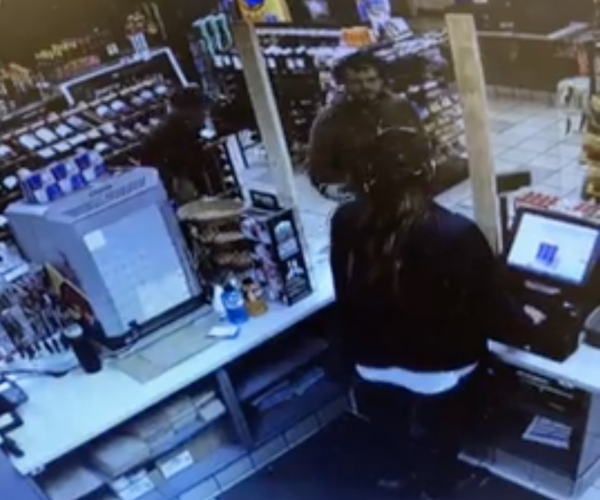 More than 24 hours after a Central Coast transient shot a deputy in the face and killed a man, law enforcement officers are still searching for the gunman, though he was spotted overnight at a Paso Robles gas station. [KSBY]

At about 2 a.m. on Thursday, Mason James Lira, 26, entered the Chevron gas station in the 1800 block of Ramada Drive and purchased an energy drink and food. He appeared sweaty and exhausted, wearing the same clothes he wore during his alleged shooting spree.

The clerk told KSBY that Lira was mumbling to himself, and he seemed crazy, but he did not do anything threatening. The clerk called 911 after Lira left the station.

Officers then searched the area, but did not locate Lira.

Local law enforcement agencies, as well as FBI agents and personnel from Santa Barbara, Kings and Tulare counties are all participating in the search for Lira. The search is currently focused in the Paso Robles area.

Authorities say Lira is considered armed and dangerous. Investigators are asking anyone who spots Lira not to make contact with him and to rather call law enforcement.