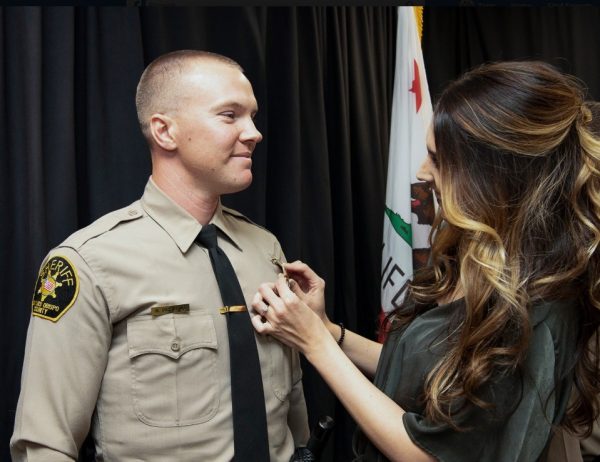 The San Luis Obispo County Sheriff’s Office released the name of the deputy who was shot in the face by a gunman in Paso Robles on Wednesday, as 28-year-old Nicholas Dreyfus.

In response to a gunman’s ambush of officers at the Paso Robles police station, Dreyfus and another deputy went to assist in the manhunt. While the two deputies searched the downtown area, the gunman shot Drefus in the face.

The second deputy returned fire. He then grabbed his wounded partner and removed him to a position of relative safety, according to a press release.

Firefighters moved Dreyfus out of the line of fire and transported him to a local hospital.

Dreyfus was then flown to a trauma center out of the area where he underwent surgery for his injuries. He is listed in guarded condition.

On Wednesday, investigators identified the gunman who ambushed officers in Paso Robles, shot Dreyfus in the face, and killed a man on Wednesday as 26-year-old Mason James Lira.

Lira remains on the loose with multiple law enforcement agencies participating in the manhunt.