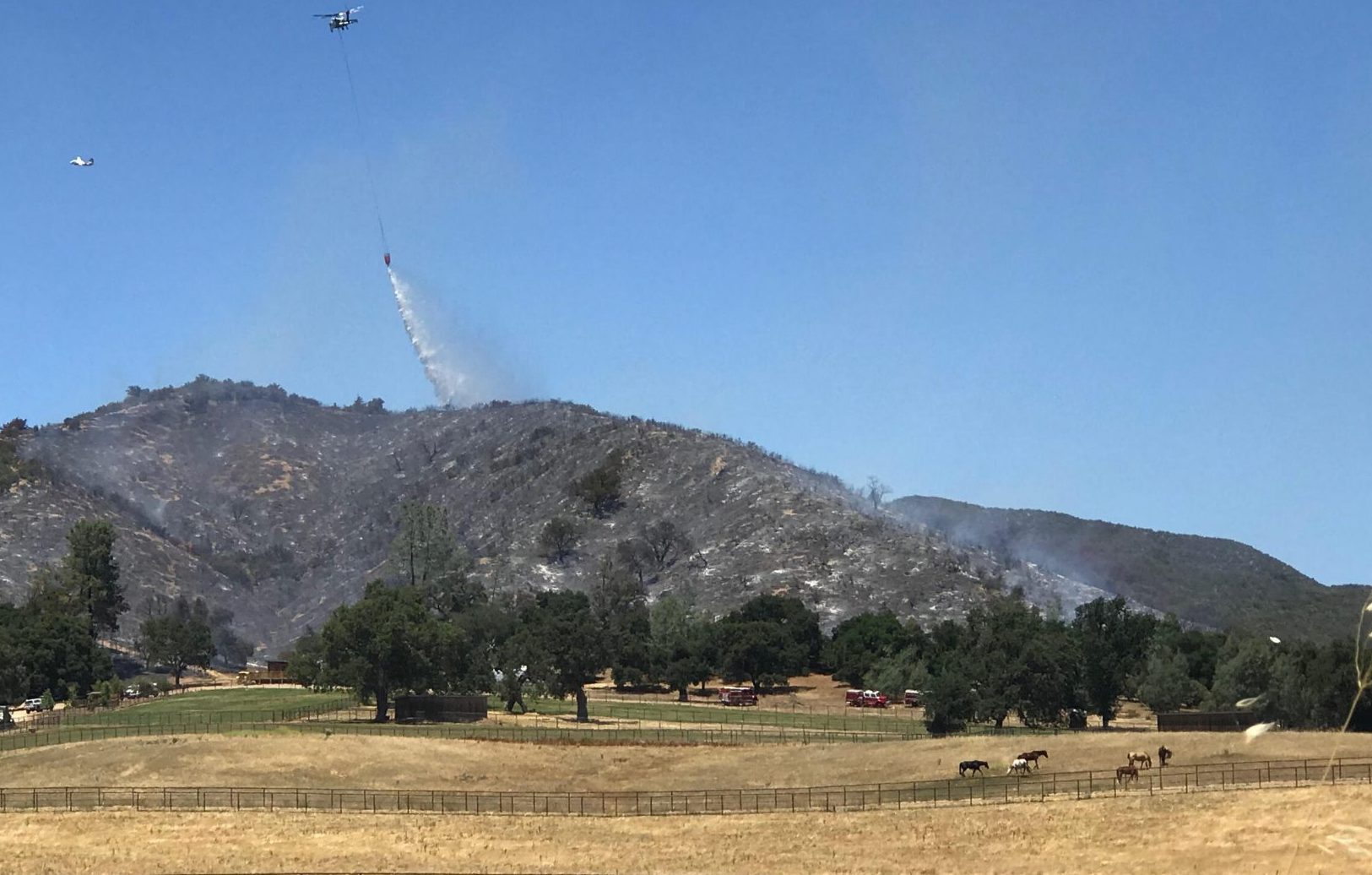 A fire on the Riata Ranch in Santa Margarita has burned about 25 acres.

Shortly after noon on Tuesday, a 911 caller reported the fire burning off Pozo Road near Las Pilitas Road. The fire, which was fueled by strong winds, was burning close to Ancient Peaks’ Margarita Vineyard.

Cal Fire stated in a tweet that the blaze had the potential to burn 50 acres, but shortly afterwards officials said forward progress had been stopped. As of about 2 p.m., the blaze was 10 percent contained, according to Cal Fire.

Firefighters have been battling the blaze from both the air and the ground. Several helicopters, as well as an out-of-county tanker plane, are participating in the firefight.