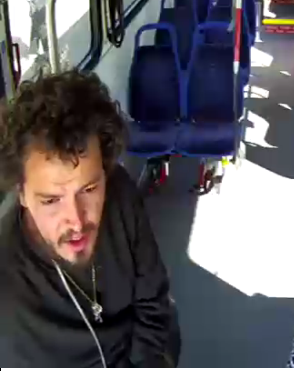 Before going on a shooting spree in Paso Robles, Mason Lira threatened to shoot a bus driver in the head while exiting a Regional Transit Authority bus and then burglarizing a San Luis Obispo attorney’s office.

Shortly before 5 p.m. on June 8, Lira threatened the bus driver as he was exiting the bus in San Luis Obispo. Officers then matched video surveillance from the bus to a mugshot of Lira.

While in SLO, between the time Lira left the bus and 6:30 a.m. on June 9, police suspect Lira broke into the office of attorney Robert Bettencourt. Lira allegedly entered the building on the 900 block of Osos Street through an unlocked window in the rear of the structure.

During the burglary, Lira took clothing, jewelry, a duffel bag, a .38 caliber revolver, a 40 caliber semi-automatic handgun and an unknown amount of ammunition. 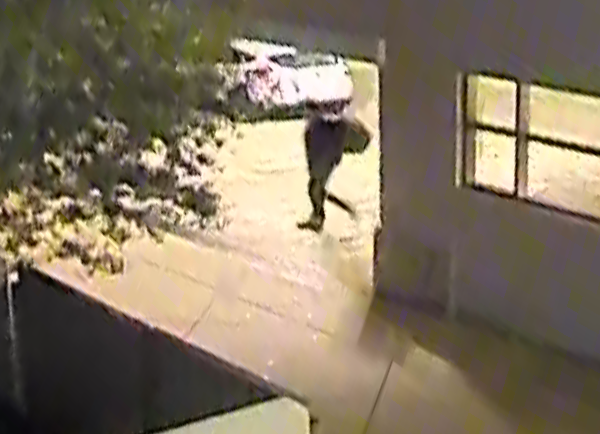 Mason Lira in the alley behind Robert Bettencourt’s office

Deputy Nicholas Dreyfus and another deputy went to assist in the manhunt. While the two deputies searched the downtown area, Lira shot Dreyfus in the face.

Later in the morning, Lira shot and killed a 59-year-old homeless man near the Paso Robles Amtrak station at 8th and Pine streets.

As officers closed in on Lira, he shot CHP officer Tim Maxwell in the bullet proof vest. Lira then shot Kings County Sheriff’s Deputy Blake Bursiaga in the knee as the deputy was dragging the injured CHP officer to safety.

At about 4 p.m., Lira tried to flee the riverbed toward Highway 101 and was shot by officers. Responders pronounced Lira dead at the scene.

Officers found Lira in possession of the two loaded handguns believed to have been stolen during the burglary of Bettencourt’s office.