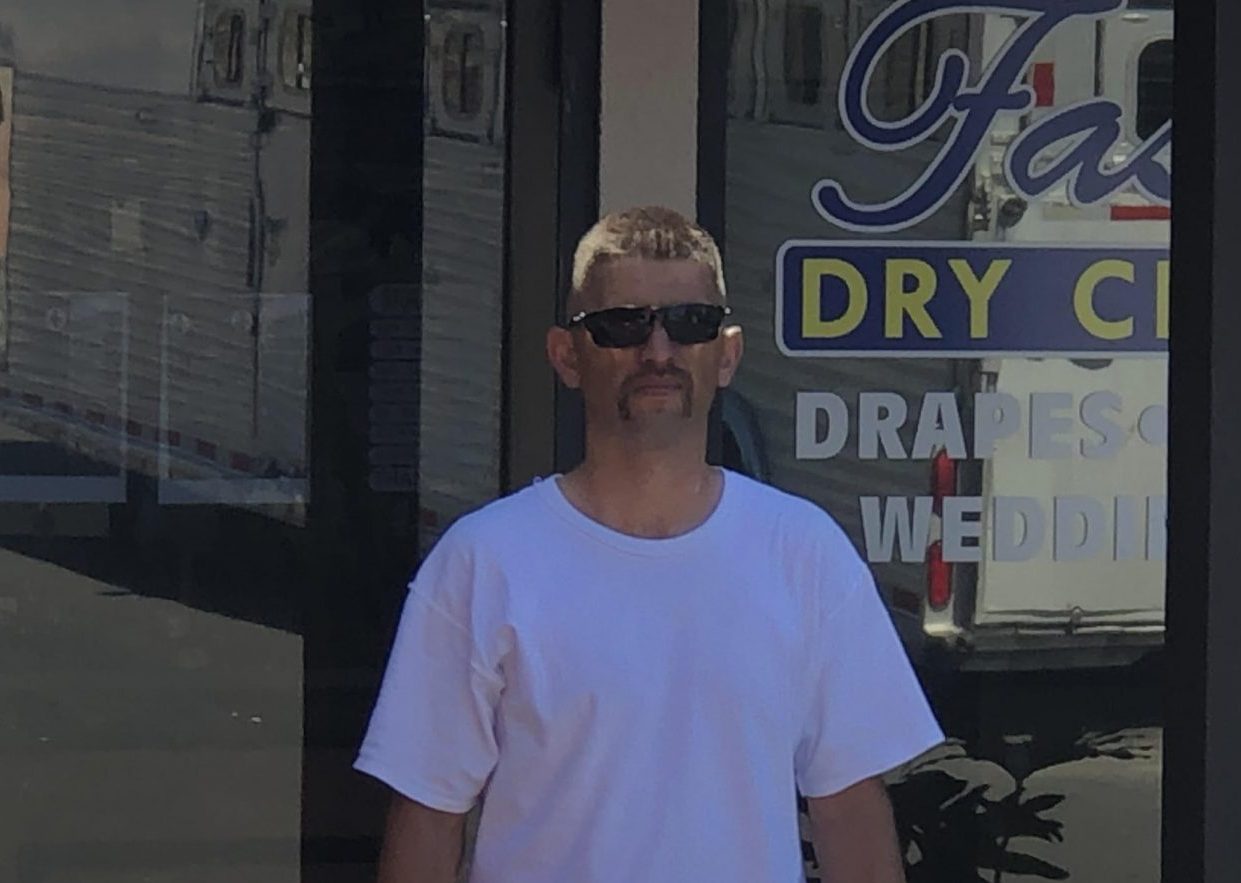 A San Luis Obispo County sheriff deputy who wrongly assumed a man was robbing a dry cleaners on June 15, shot the man’s dog three times. An Atacadero police officer then handcuffed the man’s wife, even though the couple lives on the premises and no crime had occurred.

On June 14, Junior Gonzales, 40, and his wife Alexandria Panos drove down to Escondido to visit Gonzales’ sister and to pick up business supplies. The next evening, Gonzales dropped his wife off in SLO to pick up her car, and drove back to their studio apartment next to the family business — Fashion Dry Cleaning & Laundry at 7800 El Camino Real.

At about 11:30 p.m. on June 15, a deputy driving by the business noticed the front door was open, the business lights were out, a car with its trunk open in the parking lot, and a man was pushing a laundry cart towards the vehicle.

Suspecting a burglary in process, the deputy exited his patrol vehicle, drew his gun and identified himself as a sheriff’s deputy.

Gonzales’ two pit bulls, Roxi and Luna, began barking at the officer. Roxi then ran toward the deputy, who told Gonzales to get his dog, before shooting the dog three times.

Gonzales said he hesitated out of fear the deputy would shoot him.

“She ran up to him barking,” Gonzales said. “She started to sit down. She was looking up at him, wanting to be petted.”

The deputy shot one round into the 1-year-old dog’s jaw, another bullet into the dog’s chest and a third bullet grazed the dog’s leg, Gonzales said.

Even though Gonzales informed the deputy, and officers who arrived after the shooting, his wife was on her way home, when she arrived an Atascadero officer cuffed her and detained her for about 10 minutes.

The sheriff’s office offered to pay for all vet bills related to the incident, but the family declined on advice of an attorney.

Conflicts between law enforcement and the Gonzales family began approximately 11 years ago when deputies  forced entry into Yasuro Gonzales’ unlocked San Miguel home, and then ransacked the dry cleaners based on a bad tip from an informant.

On Aug. 10, 2009, an officer yelled “search warrant” outside a large plate glass window at the dry cleaners. Moments later, the officer hit the window cracking it. Another officer then began beating out the glass with what looked like a bat.

Approximately 10 officers participated in the raid of the dry cleaners, while another team of law enforcement personnel smashed through a garage door at Yasuro Gonzales’ San Miguel home.

“The front door was open,” Yasuro Gonzales said. “They didn’t even try it. They told me to put a claim in to the City of San Luis Obispo (the lead agency on the raid).”

Though the family tried, they were not paid the thousands of dollars in property damages they incurred, Yasuro Gonzales said.