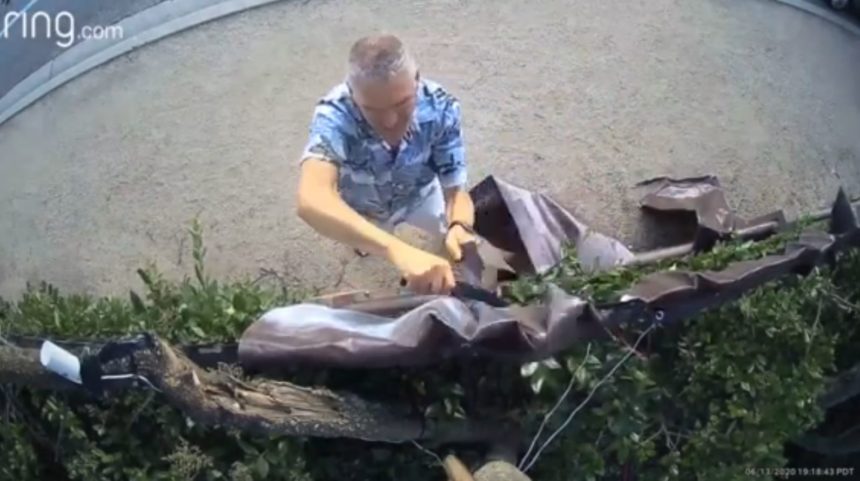 Deputies cited employees of the Ventura County Sheriff’s Department and the District Attorney’s Office over the weekend for allegedly vandalizing a Black Lives Matter sign in Thousand Oaks.

For three weeks, a large tarp with the letters BLM hung on a fence on Westlake Boulevard. After the sign was vandalized multiple times, the owner set up a surveillance camera nearby.

On June 13, Stone used a knife to cut down the tarp. On June 19, he returned and slashed at the sign with his knife, according to photos.

Deputies cited Stone for misdemeanor vandalism. He is now on paid administrative leave from his job supervising inmates at a pre-trial detention facility in Ventura.

Investigators also discovered Ventura County District Attorney investigative assistant Craig Anderson cutting the sign down. Anderson then attempted to take the sign, but noticed the camera and dropped the tarp.

Deputies also cited Anderson for vandalism. He resigned over the weekend.

Deputies cited a third vandal, Jeffrey Moore, who sprayed paint on the sign. Moore was located because of information on the work truck he used during the vandalism.