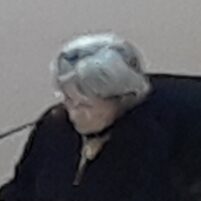 Grover Beach Councilwoman Barbara Nicolls announced Monday she is resigning from the council because of health issues.

Her resignation will be effective on June 30, at a time other candidates can apply for the seat.

Also at Monday’s city council meeting, Councilwoman Desi Lance announced she would not be running for a second term in November.