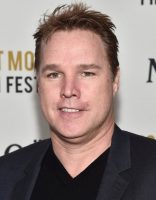 David Guillod, 53, the executive producer of Hollywood films including “Extraction” and “Atomic Blonde,” is accused of sexually assaulting women over a multi-year period in Santa Barbara County and Los Angeles.

Guillod’s professional profile suggests he is a native of Spain, who previously worked as a model.