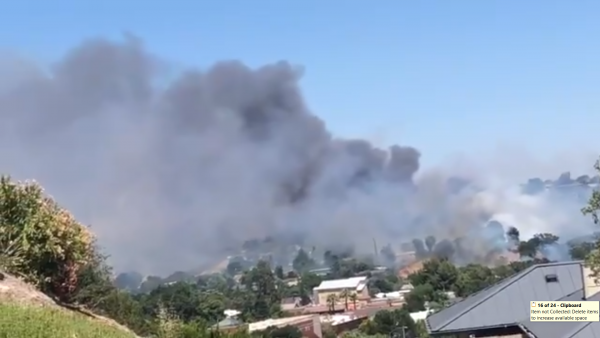 In addition to destroying a couple homes and damaging others, the blaze threatened a total of 60 residences before firefighters extinguished it. At the peak of the fire, authorities evacuated residents from 559 homes.

Firefighters stopped the forward progress of the blaze about four hours after it started and remained on scene for more than 24 hours to mop up the fire.

Initially, some observers speculated homeless individuals in the riverbed may have started the fire. But, the initial findings of the San Luis Obispo County Fire Investigation Strike Team are that weed abatement operations being conducted along the Navajo pathway likely caused the blaze.