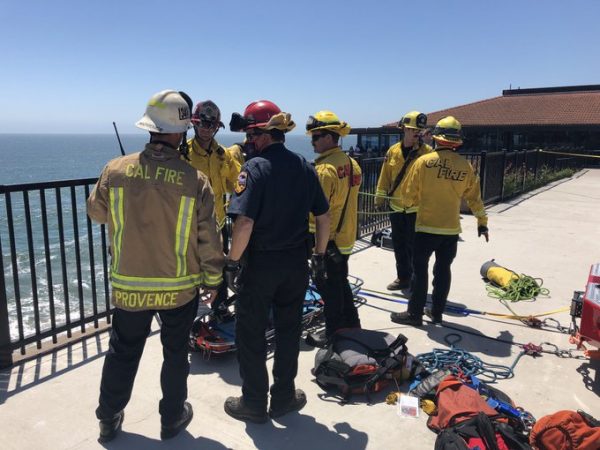 A person who died after falling off a cliff by a Pismo Beach hotel appears to have committed suicide, according to the Pismo Beach Police Department.

The person fell from the cliff Monday morning or afternoon near the Shore Cliff Lodge at 2555 Price Street. Shortly after 2:30 p.m., rescue workers climbed down the rocky cliffside and unsuccessfully attempted to resuscitate the victim.

A helicopter then airlifted the deceased person and rescue workers from the scene.

The Tribune reports Pismo Beach police received a call from a nearby business Monday morning reporting a person on top of the bluff near the Shore Cliff Lodge. An officer and firefighters arrived at the scene to search for the individual, but did not locate anyone. The worker who made the 911 call said she went back outside, but the person was no longer there.

Later Monday, another agency informed Pismo Beach police about a person officials were looking for, which prompted a second search. Investigators located the victim during the second search.

Police have yet to release the identity of the victim. 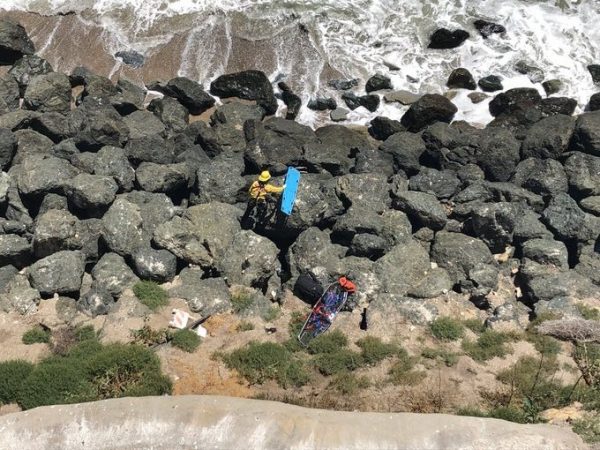