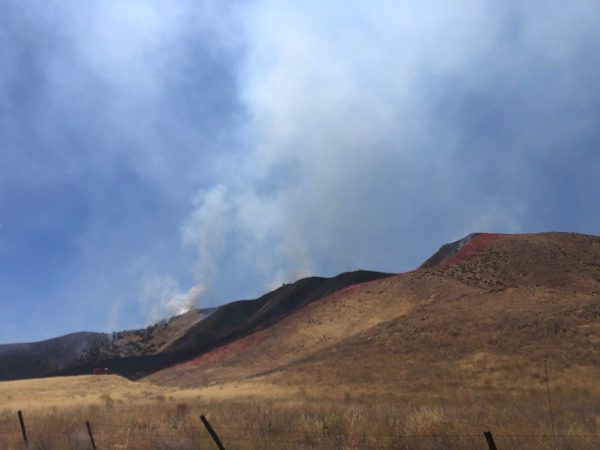 For the third time in less than a month, a wildfire broke out in the California Valley on Friday.

At about 12:30 p.m., a 911 caller reported the fire burning northwest of Soda Lake near Culver City Road. As of mid-afternoon, the blaze has burned approximately 100 acres and forward progress has been slowed.

Firefighters, including Bureau of Land Management fire personnel, have been battling the blaze from the air and the ground. It is unclear when the blaze is expected to be extinguished.

Previously, a fire broke out on June 10 near Highway 58 and Soda Lake Road and burned a total of 1,672 acres. Then last week, a blaze burned approximately 250 acres near Belmont Trail and Bend Road in the California Valley.