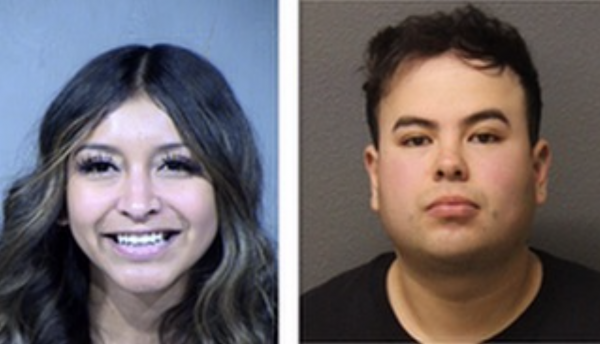 A man and woman, both 21-year-old Santa Maria residents, received two-year state prison sentences this week for stealing an elderly person’s safe and then using the cash inside it to go shopping for luxury items in the Los Angeles area.

In late 2019, Julio Cesar Bautista and Jazmin Martinez broke into an elderly person’s home and stole a safe with a large amount of cash. Over the following days, Bautista and Martinez traveled to the Los Angeles area and used the stolen money to purchase high-end clothing, expensive hotel stays and other extravagant items, according to the Santa Maria Police Department.

Then on Wednesday, a judge sentenced the pair to two years in prison for first-degree burglary and conspiracy to commit burglary. The judge also ordered Bautista and Martinez to pay full restitution to the victim.

Bautista, who was released from jail on bail, is expected to begin serving his prison sentence on July 16. Martinez has remained in custody since her arrest.

Santa Maria detectives are seeking help from the public with recovering any outstanding stolen money and/or property that Bautista and Martinez purchased using the stolen cash. Anyone with information that could assist investigators is asked to call Detective Jesse Garcia at (805) 928-3781 ext. 1115.