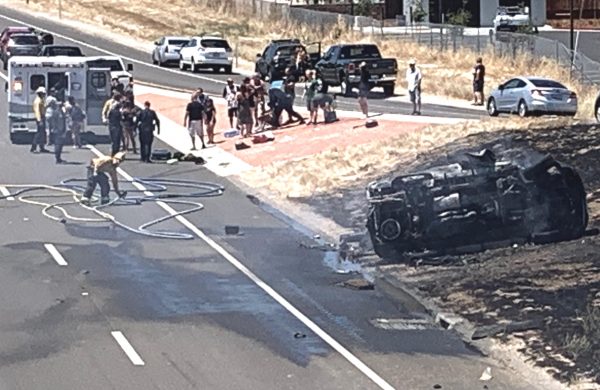 One person was killed and two injured in a fiery crash in Atascadero on Sunday.

Shortly after 2 p.m., a car crashed on the northbound off-ramp at Del Rio Road; flipped onto its roof and burst into flames. One person died at the scene, and two others were injured.

As more information becomes available, CalCoastNews will update the article. 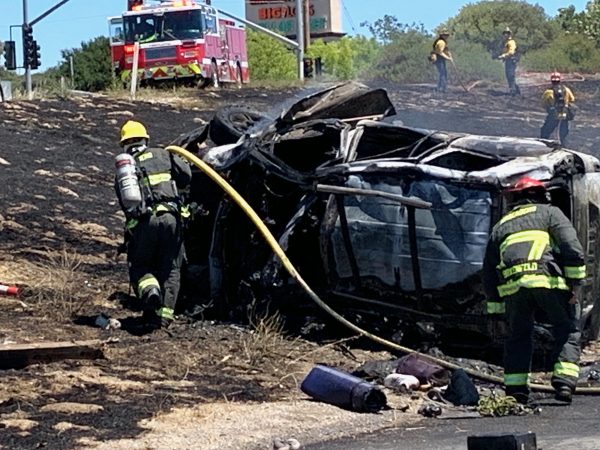