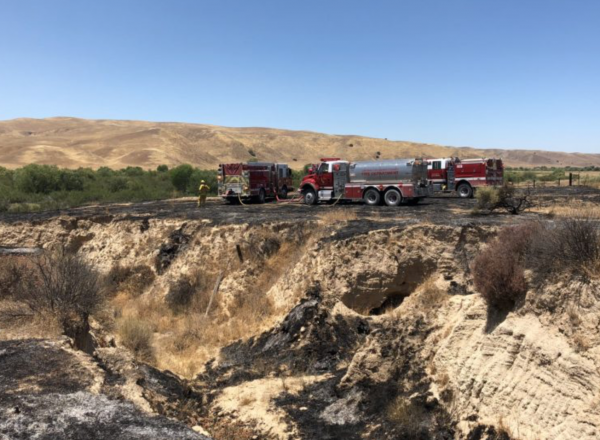 A pair of vegetation fires ignited near Shandon on Sunday, one of which burned more than 30 acres.

At about 11 a.m., a caller reported a fire burning southeast of Shandon near 3030 Cammatti Shandon Road. As of mid-afternoon, the blaze had burned 32 acres and was 75 percent contained.

Then at about 4:35 p.m., a fire started along Highway 46 East by the Shandon Rest Area. Firefighters contained the approximately half-acre blaze at the location within four minutes of arrival.

Additionally, a small vegetation fire broke out Saturday night in Shandon by N. 2nd and E. Centre streets. The blaze was one of numerous fires that occurred in San Luis Obispo County as July 4 fireworks were being set off.