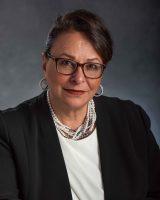 Thousands of faculty members, staff and students are demanding Cal Poly President Jeffrey Armstrong rescind the recent hire of a new university diversity chief, who allegedly engaged in a coverup of sexual assaults while working in a similar position at Michigan State University.

Nassar allegedly sexually assaulted more than 250 young women and girls, including Olympic gold medalists and Michigan State students. Nassar has been convicted of numerous sex crimes and is currently serving a prison sentence of at least 100 years.

Granberry Russell had served as Michigan State’s chief diversity officer since 1998. On July 1, Cal Poly announced the hire of Granberry Russell to head its Office of University Diversity and Inclusion (OUDI).

Her hire surprised the Cal Poly community, as university officials allegedly conducted an emergency search to fill the diversity chief position, while keeping faculty members and students in the dark.

“The choice of Russell is highly controversial, and we are disturbed at the irregularities in the hiring process that led to this outcome,” states a letter to Armstrong that was authored by Cal Poly faculty and staff members. “The details and timing of this search were inexplicably kept confidential: faculty were never informed that this was an ‘emergency search’ nor provided with an explanation of the emergency search process; no public call went out for faculty participation or input; and, despite the ready availability of videoconferencing technology, no opportunity for public interaction with Russell was ever provided. In short, the traditional principles and practices of shared governance were bypassed entirely, with no explanation.”

A total of 1,867 individuals signed the faculty and staff letter to Armstrong. The letter, sent Sunday, goes on to detail Russell’s role in the Nassar case at Michigan State and demands that Cal Poly rescind its hire of Russell and conduct a new search for a diversity chief.

Meanwhile, an online petition also calling for Cal Poly to rescind its hire of Russell has garnered approximately 8,000 signatures.

“It is unfathomable that given Russell’s history, any school administration would ‘screen’ Russell and consider her fit for a position,” the petition states. “Russell has continuously proven her commitment to protecting the reputation of institutions, rather than the safety of students. Her incompetence precludes the trust and respect necessary to lead our campus outlined by OUDI.”

One aspect of Granberry Russell’s handling of the Nassar case that has drawn considerable rebuke was a request she made that sexual assault allegations against the doctor be sent to her personal email. During trial in the sexual assault case, Michigan Assistant Attorney General Scott Teter alleged Russell used her personal email to keep the records off of the university email system, which was subject to Freedom of Information Act requests.

Records sent to Russell’s personal email contained allegations that during an appointment with a female Michigan State student, “Nassar cupped her buttocks, sent a female resident out of the examination room, then massaged her breast and vaginal area, only stopping when she physically removed his hands.” 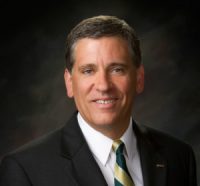 “Paulette understands how crucial it is to student success that we provide a welcoming and just learning environment with diversity and inclusion ingrained into all aspects of our curriculum and programming,” Armstrong said in the statement. “I know she is the right person to lead our university’s efforts toward these goals.”

Armstrong and Granberry Russell were colleagues at Michigan State for a decade, spanning 2001-2011. Prior to becoming Cal Poly’s president in 2011, Armstrong served as MSU’s dean of the College of Agriculture and Natural Resources.

Granberry Russell said in a statement she is thrilled to join Cal Poly, a university making progress on diversity, equity and inclusion. She is scheduled to begin work at Cal Poly on Aug. 31.