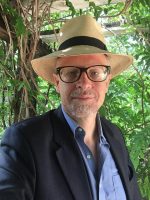 The CHC chair and other opponents of the project argue the development would alter the character of downtown.

Additionally, Papp has argued against the delisting of downtown SLO commercial buildings from a city list of historic properties. Papp said the council’s call for his firing hinges on the CHC’s review of the proposal to delist historic downtown buildings.

SLO Councilwoman Andy Pease, who serves as a council liaison to the Cultural Heritage Committee, said Papp should not serve on the CHC any longer because his manner of questioning and deliberation limits the participation of others. Pease said Papp has repeatedly used language attacking others and has described a historical evaluation submitted to the CHC as “dangerous” and “nuts.”

Pease said Papp is extremely knowledgeable and a great resource for the community, but he has crossed the line at times in how he addresses members of the public.

But, Papp said he stands by his language because it was based on clear laws about historic buildings. Papp said the council is attempting to exert political influence over the CHC and that he is being fired for doing his job.

The CHC chair is serving a committee term that ends on April 2, 2023. Papp was appointed chair of the advisory body in March 2019.