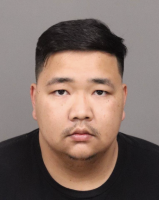 A judge sentenced a 27-year-old Santa Maria man to 180 days in the San Luis Obispo County Jail on Tuesday for pursuing sex with a 15-year-old girl, who in actuality was an Arroyo Grande police officer. [Tribune]

On Tuesday, a judge sentenced Feliciano to 180 days in the SLO County Jail and three years of supervised probation. Feliciano will likely serve no more than three months behind bars because of custody credits he has accrued.

Had Feliciano been convicted of both the felony and misdemeanor, he would have faced a sentence of at least two years in state prison.

Feliciano is not currently listed by the county sheriff’s office as being in custody. Feliciano gained release from jail following his arrest after posting $25,000 bail.