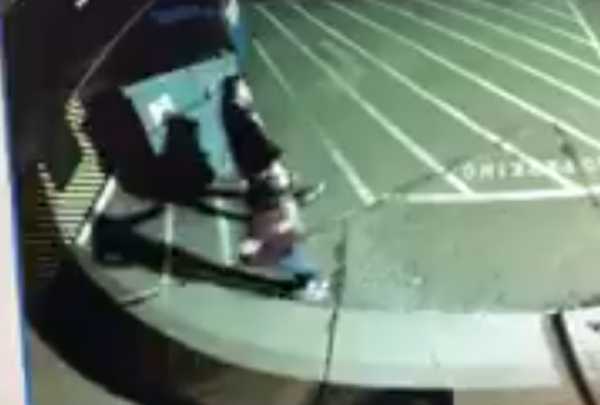 Investigators are asking the public’s help in identifying a pair of vandals who broke into the Grover Beach Elementary School on Thursday night and caused more than $1,700 in damage.

Surveillance cameras captured the pair hopping a fence as they entered the school grounds. In the video, it appears the suspects are female.

On Monday, school employees discovered racist graffiti spray painted on the school. The vandal or vandals painted a stick figure hanging from a noose and a racial slur.

Officers asked the public for help identifying two persons of interest in the graffiti case, who investigators later determined were not involved in the vandalism.

Investigators are asking anyone who recognizes the people in the latest video to contact the Grover Beach Police Department at (805) 473-4511.