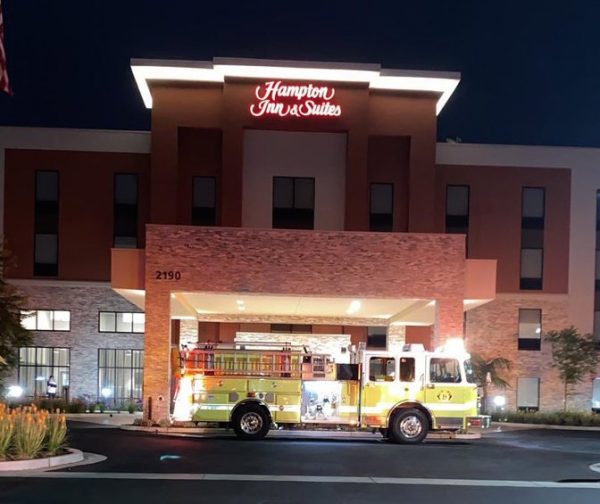 A fire broke out at the Hampton Inn & Suites in Santa Maria early Tuesday morning, resulting in the hotel being evacuated and one person being taken to the hospital.

Shortly before 5 a.m., a caller reported a fire burning at the Hampton Inn located at 2190 Presider Lane. Firefighters arrived at the scene and discovered a small blaze on the second floor, which was kept in check by a hotel sprinkler system, according to firefighters.

An ambulance transported one person to Marian Regional Medical Center.

It is suspected the fire started inside a second floor room at the hotel, according to KCOY. A neighboring guest dragged the occupant out of the room where the fire started, witnesses said.