Participants in a Black Lives Matter protest in San Luis Obispo on Tuesday turned violent smashing a car window onto a four-year-old child and damaging the hood of the car. Protesters repeatedly refused to let people walk or drive where they wanted to go, at times screaming profanities.

After the City of San Luis Obispo learned Arata was planning a protest, Police Chief Deanna Cantrell contacted Arata who claimed the event at Mitchell Park would be peaceful, police said. As a result, the city did not have officers blocking entrances to the highway.

Shortly after 5 p.m., approximately 300 protesters marched through the downtown area. The protesters then walked onto Highway 101, blocking all lanes in both directions for nearly an hour. While on the freeway, protesters smashed the rear window of a car with a 4-year-old child in the back seat. Glass shattered on the boy. 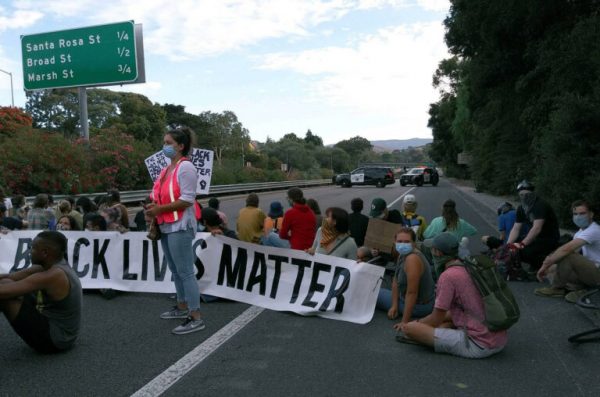 Protesters marched back onto city streets, confronting drivers along the way. Protesters stopped and surrounded a vehicle at Monterey Street and California Boulevard. Protesters also chased several other vehicles as they marched.

The protesters then stopped to watch Arrata toss a partially burnt American flag on the ground and stomp on it.

In a video Arrata posted on Instagram, Chief Cantrell texts Arata during the march to tell her about the broken window and that, “Trust goes both ways Tianna.”

SLOPD arresting organizers of the protest today. There was no destruction of property or threats to any person’s life. So, in effect, a peaceful protest. Why the arrests—other than to discourage the exercise of one’s First Amendment right to protest police brutality?! https://t.co/m0TaCwBEFw

Officers booked Arata in the San Luis Obispo County Jail on charges of participation in a riot, unlawful assembly, conspiracy, unlawful imprisonment and resisting arrest. The decision to arrest Arata was made in coordination with the District Attorney’s Office, police said.

During the arrest of Arata, Bautista allegedly assaulted a police officer, who suffered minor injuries. Officers booked Bautista in the San Luis Obispo County Jail on charges of attempting to deter an officer from doing his job, and for attempting to take a person from the lawful custody of a peace officer. 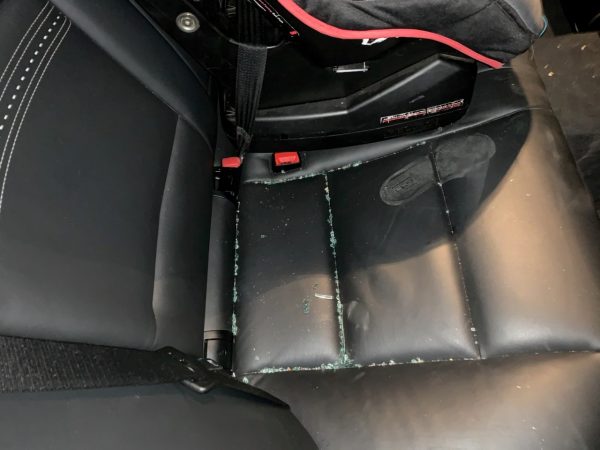