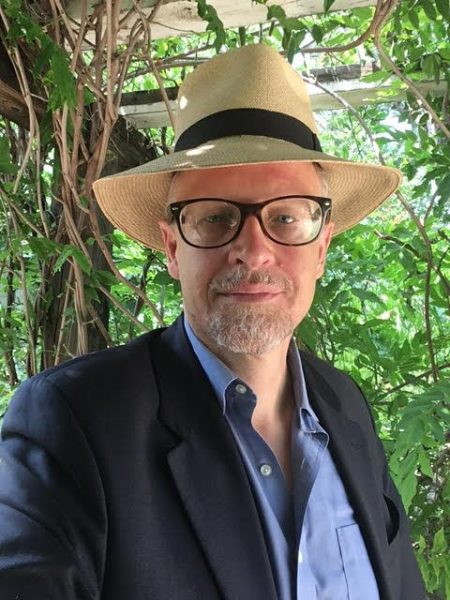 When I first registered to vote in 1982, I considered myself a Rockefeller Republican. Yesterday on the Congalton Show, I was asked if I was a Marxist. I’m either wise enough or naïve enough enough to still think of local politics as nonpartisan, and though for many decades a registered Democrat, I generally think of myself as a pragmatist, because I prefer, over posturing, getting things done.

My variation on Machiavelli’s, “It is better to be feared than loved” is, “Someone who can move efficiently through business in a public forum is both feared and loved.” All of which gives me a visceral distrust of both the tough-guy rhetoric of San Luis Obispo County Sheriff Ian Parkinson and kumbayapolitik of San Luis Obispo Mayor Heidi Harmon.

White Obispans often tell me there’s never been any racism here. Black, Hispanic and Asian Obispans invariably tell me the opposite. My own research finds a complex history of overt and covert racism continuing for centuries, from Chumash enslavement in the eighteenth century to race-restricted deeds in the twentieth. That doesn’t vanish with the flick of a switch, and indeed my distrust of Marxism is based on its notion that you can easily predict the evolution of history.

Besides Central Coast colorblindness, American exceptionalism is another myth that’s had a lot of debate lately, and the verdict is in: we’ve been exceptionally bad at dealing with COVID-19. Can we fix COVID? Can we fix racism? Can we fix our accelerating inequality that the pandemic has exacerbated? Or is American ingenuity also a myth?

America has survived the worst of times before. I respect Heidi Harmon (though don’t necessarily agree with her) when she takes a position, but I take issue with her Sunday, July 19 Tribune editorial on how we need to all get along.  America’s core ideals didn’t win out through what Harmon calls “transformational collaboration” (unless the war between North and South was a “transformational collaboration”). They didn’t hold on through what she calls “embracing a politics of belonging” (because some people used to belong to others). We have got as far as we are in America through brutal honesty and conflict. Our survival as a nation is due to bare-knuckle American democracy, from the Boston Tea Party (or Boston Tea Riot, as the SLO PD would disapprovingly say) on down.

I’m glad—more than half a century after the Civil Rights Act passed—that Black Lives Matters protesters are being downright uncivil. Twenty-three-year-old John Lewis thought that act was a half measure without voting rights; he impolitely said so as the youngest speaker at the March on Washington. On his recent death at 80, minority voting rights are still being eroded. The Voting Rights Act remains in limbo. Rodney King famously asked in 1992, “Can we all get along?” For three decades we did—sort of—but George Floyd showed at what terrible a price.

The smart ones seem to be the kids who are marching, and not just because they’re all wearing masks to protect each other and anyone they encounter. They know what they’re marching for, and it’s not gestures of sympathy but actual change.

A caller on Congalton said the goodwill that Black Lives Matters protesters had created in San Luis Obispo that succeeded in “moving people from the right to the center” is now being lost. In reply I asked the question: “Are people protesting because they want you on their side or because they want you to think and down the road have other people on their side? Look at the Civil Rights protests and how long those took to have an effect, and we’re still not there. The kids that I’ve seen on these protests have been every color, and they’re very passionate, and they’re very committed to doing something now. They don’t want to wait for twenty, thirty, forty years. And maybe some of us are not prepared to go along with them all that distance, but I think they don’t care.”

I write this from my office in one of the last surviving Chumash adobes of tilhini, San Luis Obispo’s predecessor community. The Chumash dwindled through what contemporary observers called enslavement, till—“emancipated” by the Mexican revolution, then conquered by the Yankees—they were almost wiped out by a cholera pandemic in 1852. Whites took over this building and the rest of the town.

Later this summer, a length of the Chumash-built aqueduct that ran behind the adobes and was rescued during construction of the Hotel San Luis Obispo will go on display under glass. To hear them talk, the hotel staff are almost as proud of it as the yak tityu tityu yak tilhini tribe, but to save that piece of history, the yak tityu tityu had to not “embrace a nuanced interpretation of what the right thing to do might be” (more Harmon). No, they stuck to their guns, and both sides won, with a just solution. That’s what arguments are for.

I think of my four-times-great-grandfather, Nebenonaquet, aka Big Shilling, a chief of the Mnjikaning Chippewas, writing politely in 1830 to the lieutenant-governor of Upper Canada for money his tribe was owed. “If you can accommodate us we should be glad of some in small change such as three, two, & one dollar.” In 2012, after a three-decade legal battle that the tribe initiated, Canada settled their land claims for 300 million dollars. Aptly, one of my Shilling cousins was on the tribal council at the time.

I think of the recent Supreme Court decision that most of eastern Oklahoma remains the Muscogee Nation Reservation and of Justice Gorsuch’s stirring opinion: “To hold otherwise would be to elevate the most brazen and longstanding injustices over the law, both rewarding wrong and failing those in the right.”

When it is uncovered, come see tilhini Aqueduct on the Palm-Monterey Alley. Remember an eight-year-old Northern Chumash girl, Rosario Cooper, who survived the cholera pandemic and 64 years later recorded her people’s language with the anthropologist John Harrington, a language that today is a source of her tribe’s identity and pride. Be moved by what makes America often a terrible but sometimes a wonderful place.

We shall overcome some day, racism and COVID and the racism of COVID that has hit minorities especially hard in sickness, death and economic impact. But there will be good old American courage and conflict every step of the way. And if Parkinson goes through with his bully-boy boasts to put down peaceful protest, I, for one, won’t be singing “Kumbaya.”