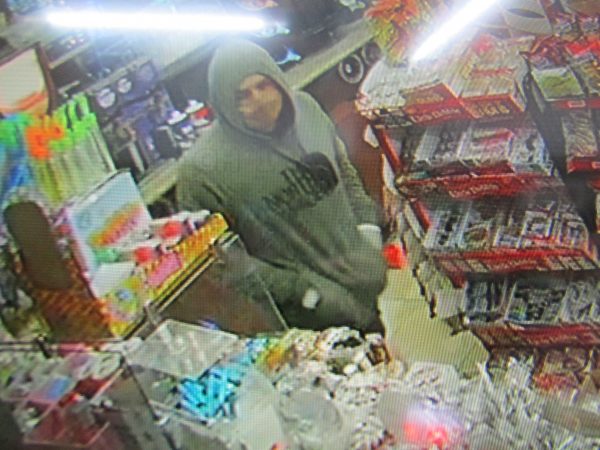 One of the robbery suspects

Santa Maria police are searching for both the suspects and the victim in a robbery at gunpoint that occurred earlier this month.

Shortly before 11 p.m. on July 13, two suspects robbed a victim at gunpoint in the 400 block of W. Alvin Avenue, according to the Santa Maria Police Department. Police say the robbery was captured on video footage.

Police are circulating a surveillance image of one of the suspects. Anyone who has information about the identity of the individuals involved in the robbery is asked to contact Detective Dix at (805) 928-3781 ext. 224.