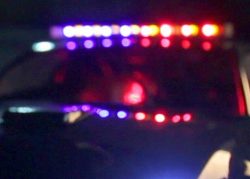 Though it may not be reattached, a man who survived a car crash with two severed legs may now have the opportunity to reunite with his missing foot — a body part that disappeared only to be found found nine days later and three miles away from where the injured person lost it.

On July 17, a man crashed into a guardrail while driving on Highway 101 just north of the Vineyard Drive offramp in Templeton. The man’s vehicle caught on fire, and the crash severed both of his legs.

Authorities recovered one foot at the scene, but could not locate the other.

Then at approximately 9:15 a.m. on Sunday, a bicyclist reported finding a human foot on the 2800 block of Santa Rita Road in rural Templeton, approximately three miles away from the scene of the July 17 crash.