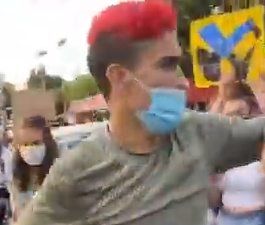 The CHP is asking the public to help them identify a protester who smashed a car window onto a 4-year-old boy during a protest in San Luis Obispo on July 21.

Shortly after 5 p.m., approximately 300 protesters marched onto Highway 101, blocking all lanes in both directions for nearly an hour. While on the freeway, protesters encircled a motorist who was attempting to drive around the protestors.

Glass shattered on the 4-year-old boy who was sitting in the back seat.

Protesters claim the driver hit a protester as they attempted to drive away, prompting the alleged rioter to break the back window of the car.

Investigators are asking anyone with information on the suspect to contact San Luis Obispo area CHP office at (805) 594-8700. 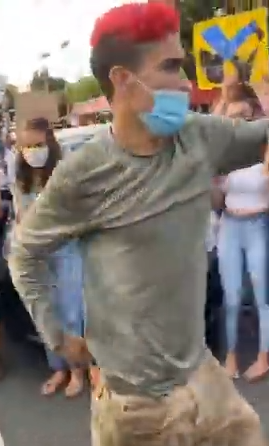 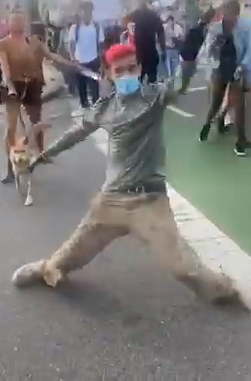