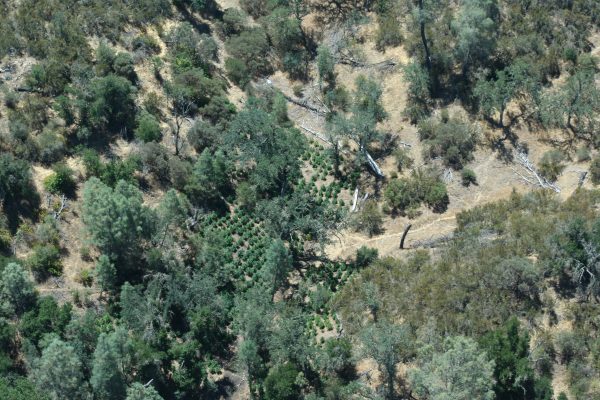 A few days prior to the raid, members of the  San Luis Obispo County Sheriff’s Cannabis Enforcement Unit discovered two illegal pot farms in the area of Parkhill Road and Huer Huero Road. The plants were in different stages of cultivation. If harvested at maturity, the cannabis would have been worth approximately $5 million.

At one of the properties, investigators discovered a container of carbofuran — an illegal dangerous toxic pesticide known to be extremely hazardous. Deputies also seized five weapons, including a fully automatic AK 47 style assault rifle with a 30-round magazine and 100-round drum style magazine. 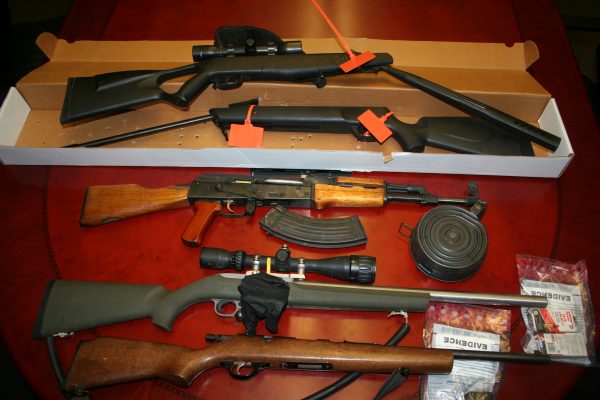 The growers diverted nearby sources of water to their illegal cannabis plants.

Evidence at the scenes indicated both grow sites were likely part of a Mexican National cultivation operation. Five men from out of area were arrested, Antonio Mendoza Alvarado, a man with a criminal history and ties to a criminal street gang.

Because of the zero-bail policy, the sheriff’s office released all five arrestees within eight hours of the time they were booked  into San Luis Obispo County Jail.