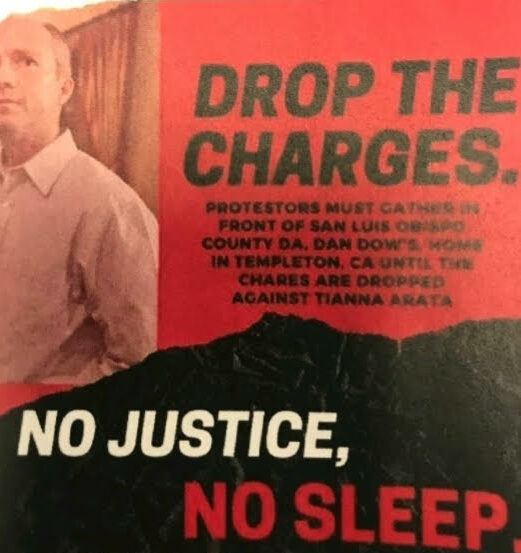 A group of Black Lives Matter supporters circulated a flier on Thursday asking protesters to gather at San Luis Obispo County District Attorney Dan Dow’s home in Templeton to disrupt his sleep until he acquiesces to their demand not to charge one of their leaders.

“Protesters must gather in front of San Luis Obispo County DA, Dan Dow’s home in Templeton, CA until the charges are dropped against Tianna Arata,” the flier says.

In response to the flier, about 20 members of Protect Paso, along with sheriff deputies, CHP officers and district attorney investigators arrived at Dow’s home Thursday night effectively dissuading the protesters. Protect Paso was formed to support law enforcement in response to the BLM protests and riots. The group currently has 8,489 Facebook members.

On Tuesday, the San Luis Obispo Police Department asked the District Attorney’s Office to file five felony and three misdemeanor charges against Arata, the organizer of a July 21 Black Lives Matter protest that included chasing after cars and detaining the drivers. Dow’s office has not yet made a determination on the charges.

Arata led approximately 300 protesters onto Highway 101 from both Osos Street and California Boulevard, blocking all lanes in both directions for nearly an hour. While on the highway, protesters ran after vehicles attempting to drive off the freeway, blocked vehicles, and yelled profanities at some of the drivers, according to videos of the protest. 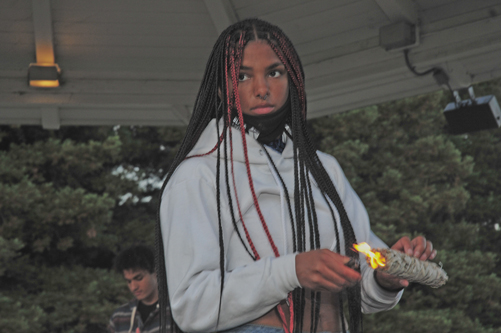 In one incident, a protester threw a skateboard at the back window of a car. The window shattered, with the pieces landing on a 4-year-old boy, who was unharmed. Protesters claim the driver had hit a protester.