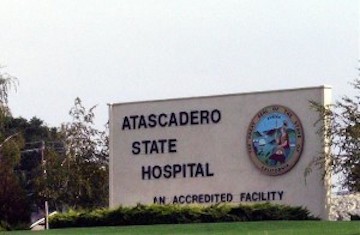 At least four patients and 21 staffers at Atascadero State Hospital have tested positive for coronavirus, as of Tuesday, internal testing figures show. [Tribune]

State hospital officials have withheld much of their coronavirus data from the public. The Department of State Hospitals publishes a patient tracker, but does not include the exact number of cases if the total is less than 11, as is the case with ASH.

Both the Department of State Hospitals and the SLO County Public Health Department declined to release the exact number of patients who contracted the virus, due to their policies pertaining to medical confidentiality laws.

Nonetheless, internal figures show two patients tested positive within two weeks of Tuesday and four have tested positive since May 16, which appears to be the date of the first diagnosed coronavirus case at ASH.

As of Tuesday, ASH patients had taken a total of 1,452 coronavirus tests, which includes re-testing. A total of 94 tests were still pending. There have been no reports of ASH patients dying of the virus.