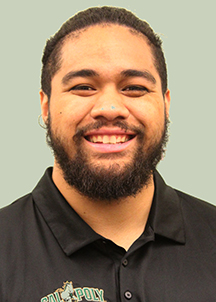 While Saia Fonongaloa, 22, still appears on the 2019 rooster, he is no longer listed on the 2020 rooster. Fononngaloa was a defensive line player.

Officers arrested Fonongaloa for allegedly assaulting a woman with a knife and a frying pan during a party on Casa Street. The victim suffered injuries to her forehead and back, according to KSBY

Officers booked Fonongaloa into the San Luis Obispo County Jail on counts of resisting arrest and assault with a deadly weapon in lieu of $50,000 bail.