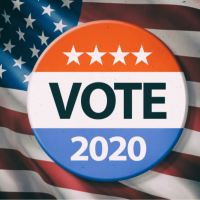 San Luis Obispo County cities are in line to have competitive mayoral and council races this fall, potentially with the exception of one city that is considering not holding an election.

Arroyo Grande, the exception among SLO County cities, will decide next week whether to even hold an election, after no one other than incumbents qualified for the ballot.

Mayor Caren Ray-Russom and incumbent councilwomen Kristen Barneich and Lan George each qualified to run for re-election in Arroyo Grande. Ray-Russom apparently succeeded in talking potential challenger Lea Rigo out of running. Rigo accused Ray-Russom, who asked her not to run, of forcing her to drop out of the race.

Now, Arroyo Grande resident Maren McFarlin is seeking to run as a write-in candidate against Ray-Russom. The Arroyo Grande City Council has a special meeting scheduled for Tuesday to determine whether or not to hold an election and allow McFarlin to run.

Ray-Russom has argued holding an election would amount to a waste of $28,000 of city funds.

In Atascadero, incumbent Mayor Heather Moreno is running against challengers Josh Donovan and Jerry Tanimoto. Donovan is an executive with Give Fitness Health Club, and Tanimoto is a retired Atascadero High School teacher.

Grover Beach Mayor Jeff Lee, who is under fire for his support of questionable cannabis businesses, is running for reelection. Lee faces one challenger, Liz Doukas, a court reporter who has criticized Grover Beach public officials for allegedly giving preferential treatment to select business interests.

The city of Paso Robles is shifting this year to a by-district voting system. The seats belonging to councilmen Steve Gregory and Fred Strong are up for election. Gregory is running unopposed in District 3, and in District 4 Strong is running against challenger Jacob Allred.

District 3 consists of the southwestern part of Paso Robles, including the core of the downtown, while District 4 is comprised of the southeastern corner of the city. Paso Robles shifted to by-district voting in order to appease a lawyer who threatened the city with a lawsuit over the alleged suppression of Latino voting rights.

Also unlike other cities in the county, Paso Robles has a mayor’s seat that comes with a four-year term. Mayor Steve Harmon’s term ends in 2022, so Paso Robles does not have a mayoral election this year.

Sweeney, the owner of Basalt Interiors in downtown SLO, is critical of how Black Lives Matter protesters have been treating San Luis Obispo businesses. Marshall-Eminger is the publisher of the progressive local news outlet, the Information Press. Hedrick, a welder, frequently runs for mayor.

The seats belonging to SLO Councilwoman Andy Pease and Councilman Aaron Gomez are up for election. Pease is running for reelection, while Gomez is not.

In addition to Pease, Torres, Marx and Papp, the four other candidates running for city council are: Erik Long, Robin Wolf, Kelly Evans and Jeffery Specht.