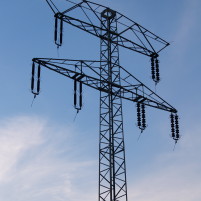 On a day of record heat on the Central Coast, thousands of North County residents lost power as outages occurred in multiple cities and communities. [Tribune]

Approximately 4,200 customers or more lost power in Atascadero on Tuesday. The outage began in the afternoon north of Highway 41 West.

The Atascadero outage was not one of California’s ongoing rolling outages occurring due to an overwhelmed state power grid, according to PG&E spokesman Mark Mesean.

Then at approximately 5:44 p.m., more than 3,500 customers lost power in an outage that stretched from Santa Margarita to Pozo.

Additionally, a smaller power outage also occurred Tuesday in Paso Robles. By Tuesday night, power had been restored to most, if not all, of the affected homes in SLO County.