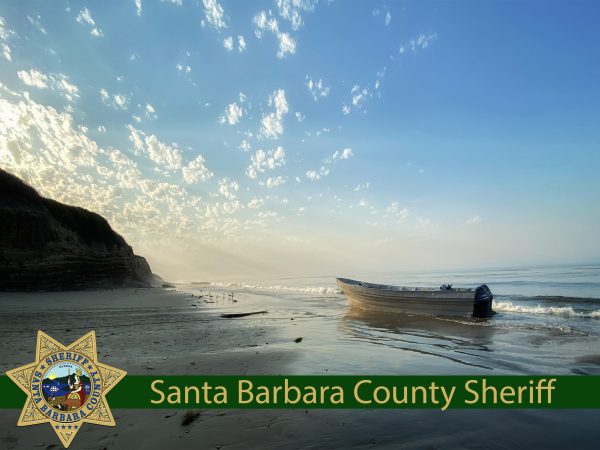 “Today’s seizure of a panga boat illicitly smuggling more than a ton and a half of methamphetamine into our county and the arrest of the 33 suspects responsible for transporting and unloading its ruinous cargo was a major milestone in counter-drug operations in Santa Barbara County,” said Sheriff Bill Brown. “Drug cartels, smugglers and illicit narcotic dealers know no international, state or local boundaries.”

The panga boat, which originated in Mexico, was tracked to the shore of Arroyo Quemada beach.

The arrestees include 29 adult males, one adult female and three juveniles. The 30 adults were transported by jail van and transported to the Santa Barbara County Main Jail for conspiracy and transportation of narcotics for sale.

Two of the suspects, Ricardo Desales and Fernando Arroyo, attempted to flee. Sheriff K9 units bit both men. They are also facing charges of resisting arrest. 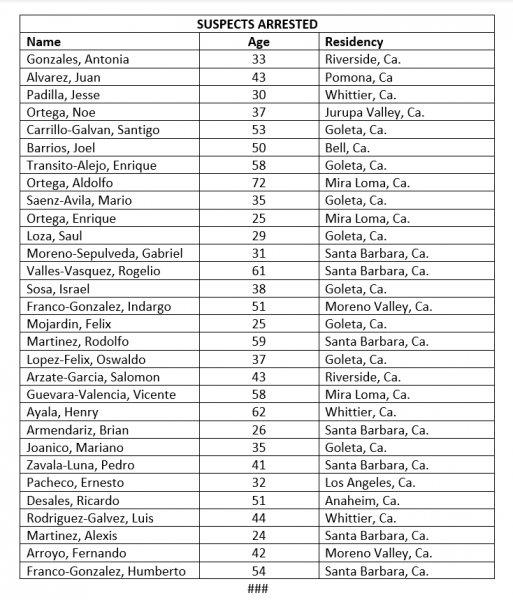 This case will be prosecuted by the Santa Barbara County District Attorney’s Office pending review by the United States Attorney.