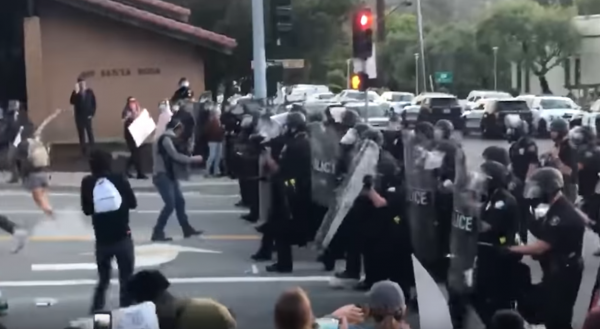 An accounting of personnel costs shows law enforcement agencies in SLO County, along with one state agency, have spent an estimated total of $825,000 on policing Black Lives Matter protests, an amount that could rise considerably. [Tribune]

The Arroyo Grande, Atascadero, Grover Beach, Morro Bay, Paso Robles, Pismo Beach and San Luis Obispo police departments, as well as the SLO County Sheriff’s Office and the California Department of Corrections and Rehabilitation, provided accounting of personnel costs and mutual aid for protests that took place from May 31 to June 18 in San Luis Obispo. The expenditures released also include mutual aid provided by local law enforcement, which sent officers to Los Angeles amid riots at the end of May and the beginning of June, and the July 21 protest in San Luis Obispo that culminated in the arrests of demonstrators Tianna Arata and Elias Bautista.

Smaller, more recent protests in SLO required far fewer officers and are not included in the expenditure total. The California Highway Patrol, which has been involved in the policing of SLO protests, has yet to release its expenditures.

The SLO County Sheriff’s Office has spent the most money, $393,283, among local agencies on policing Black Lives Matter protests. Overtime costs account for most of the sheriff’s office’s expenditures on BLM protests.

Trailing the sheriff’s office, the San Luis Obispo Police Department has spent $252,238 on Black Lives Matter protests, according to the expenditures the city released.

Officials say the June protests cost the city $253,238. Of that total, overtime pay accounts for approximately $176,850.

SLO Police Department’s personnel costs for the July 21 protest totaled an estimated $13,068. July 21 expenditures are not factored into the total spending for individual agencies.

Every other police department in the county spent less than $27,000 on policing the BLM protests that took place between May 31 and June 18.

On Tuesday, SLO City Manger Derek Johnson warned council members that the police department is close to exhausting its overtime budget. City staff will likely ask the council in September or October to take out funds from emergency reserves.

In attempt to recoup costs, the city of SLO is considering requiring permits for protests and citing individuals marching in the streets without a permit. 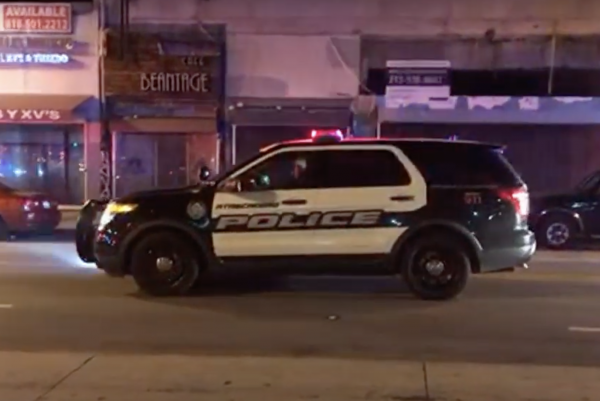 Atascadero police in downtown Los Angeles on May 31