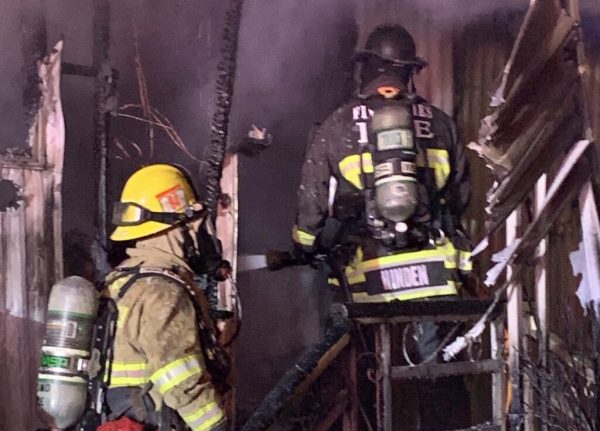 One woman died and another was injured in a mobile home fire in Arroyo Grande Saturday night. The women’s dog also died in the fire.

Shortly before 11 p.m., a neighbor reported the fire burning at the Grande Mobile Manor mobile home park on South Halcyon Road. Firefighters were able to extinguish the blaze in about 30 minutes.

Emergency responders transported one of the women to a local hospital. Her condition has not been released. Firefighters later found the second victim. Her name is not being released pending notification of her next of kin.

San Luis Obispo County Sheriff deputies are assisting fire personnel in investigating the cause of the fire.