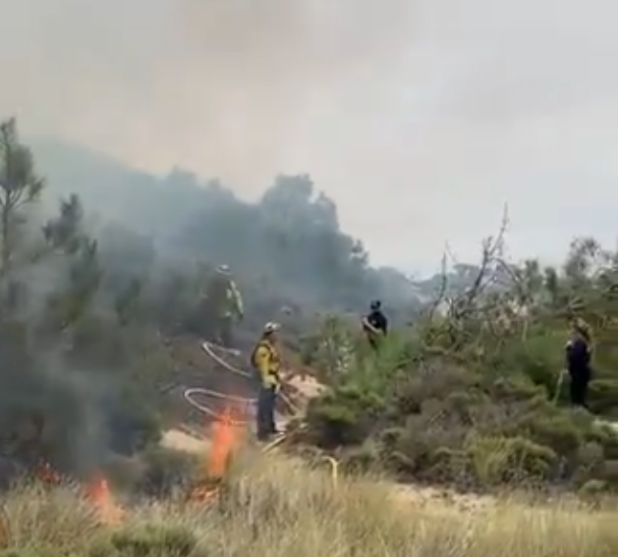 For the fifth time this month, a fire burned brush at the Oceano Dunes, leading to speculation someone maybe starting the fires.

At about 3 p.m. on Saturday, firefighters responded to the Oceano Dunes for a report of a fire burning near the northern entrance to the dunes. Firefighter quickly contained the blaze to about 3/4 of an acre.

On Aug. 13, the Dunes Fire scorched 11 acres. Ignited near Third and Fourth streets in Oceano, the fire moved quickly through the dense brush and grasses growing on the dunes between the two entrances to the Oceano Dunes State Vehicle Recreation Area.

Three days later, a 911 caller reported another fire burning in the same area. It was quickly extinguished.

Then on Aug. 17 and Aug. 25, firefighters put out small fires in the same general area.

The causes of the fires remain under investigation.