Arata’s arraignment was continued until Sept. 17 while Bautista plead not guilty. Before the hearing, protesters gathered in front of the courthouse. 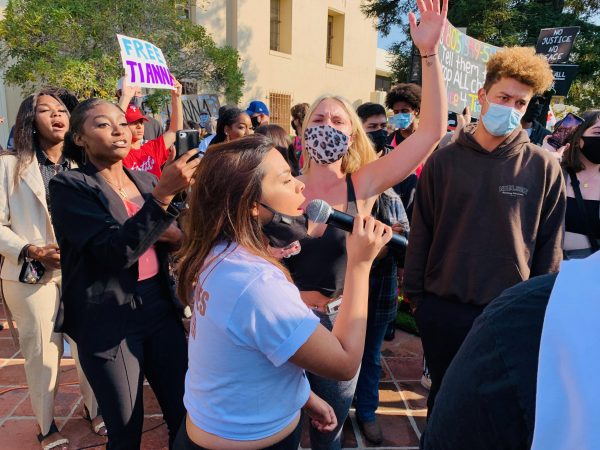 Following the hearing, a speaker said, “CalCoastNews is fake news,” spurring a man in the crowd to try and snatch Friedman’s phone. Several other protesters then pushed Friedman, while others blocked his access.

While covering the event for the SLO New Times, photographer Jayson Mellom was flipping people off and attempting to escalate the violence against Friedman. 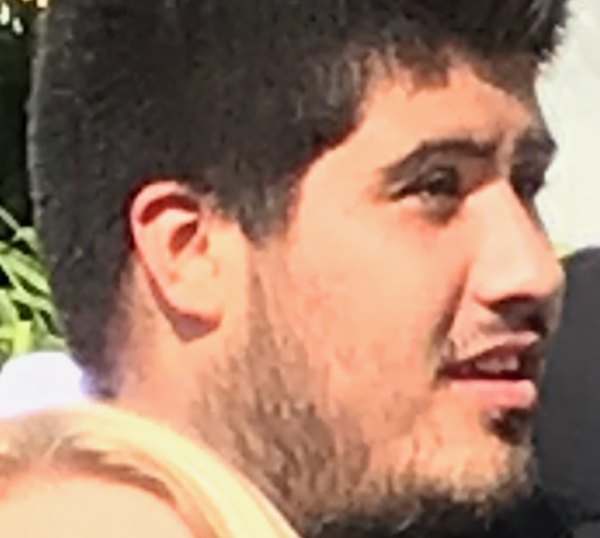 Protester who attempted to take Friedmans phone through force

At a May 30 riot in Los Angeles, Friedman video taped looters breaking into multiple businesses while several protesters wrote antisemitic remarks on Jewish schools and businesses. In addition, while threatening and harassing Friedman, a handful of protesters referred to Friedman as a Nazi.

On social media, some protesters recommend harassing or assaulting journalists who refuse to stop filming during criminal activity.

On July 21, Arata allegedly led approximately 300 protesters onto Highway 101 from both Osos Street and California Boulevard, blocking all lanes in both directions for nearly an hour.

Arata is charged with one count of unlawful assembly, one count of disturbing the peace, six counts of obstruction of a thoroughfare, and five counts of false imprisonment.

During Arata’s arrest, Bautista yelled at an officer before kicking him in the crotch. Prosecutors charged Bautista with one felony count of resisting an executive officer by force or violence and two misdemeanor counts of resisting, obstructing, or delaying a peace officer for his acts committed against three individual peace officers.

During Thursday’s protest, speakers defended Bautisa, saying he was attempting to stop a kidnapping by cop. The primary goal of the protest, was to get prosecutors to drop the charges.

Friedman live streamed the protesters, who were at times chanting SLO County District Attorney”Dan Dow is a fucking bitch.”