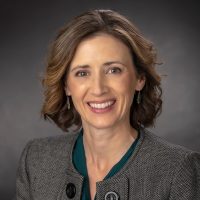 The Arroyo Grande City Council has selected its community development director to be its new top executive. Council members are expected to formally approve the new city manager appointment on Tuesday.

Whitney McDonald has served as Arroyo Grande’s  community development director since February. She previously worked in the San Luis Obispo County Counsel’s Office. McDonald is a licensed attorney who specializes in land use and zoning.

The city is offering McDonald a base salary of $189,948 annually and an additional $2,200 to a deferred compensation program.

At Tuesday’s meeting, the city council is also planning on creating a new position of assistant city manager and public works director for Robeson.

Robeson’s proposed $175,880 salary has two components: $154,380 for his work as the public works director and an additional $21,500 for performing assistant city manager duties.