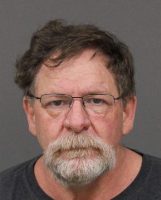 In Nov. 2017, officers arrested Jess Drue Brasuell III following an alleged sexual assault of a 16-year-old girl. A search of Brasuell’s home in the 7100 block of Sombrilla Avenue led investigators to identify three other victims, according to the Atascadero Police Department.

At the time of the arrest, several residents in Brasuell’s neighborhood said they witnessed young women going in and out of the Atascadero man’s home for weeks at a time, and some appeared to be under the influence. The neighbors did not report the activity, thinking the females were adults.

Brasuell’s case went to trial, which lasted three and a half weeks, according to the SLO County District Attorney’s Office.

At the conclusion of the trial, a jury convicted Brasuell of rape of a minor by use of drugs, meeting a minor for lewd purposes, committing a lewd act on a child, unlawful sexual intercourse with a minor, sexual penetration with a foreign object, providing harmful matter to a minor with sexual intent, photographing and filming a minor for sexual purposes, possession of child pornography and providing narcotic drugs to a minor.

“We thank the jury for serving during this pandemic and for their efforts listening to this tragic and emotional case,” District Attorney Dan Dow said. “All of this sexual predators’ victims demonstrated remarkable courage by reporting the crimes and participating in the criminal justice process necessary to bring this predator to justice.”