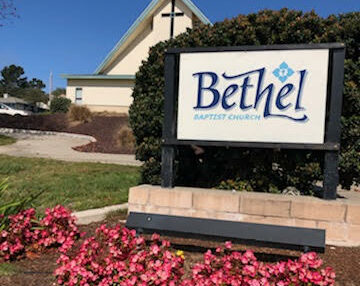 An expensive legal battle over ownership of the Bethel Baptist Church in Grover Beach concluded with the parishioners saving their church through a private settlement agreement.

After learning in late 2018 that the 57-year-old church was being sold to build a homeless facility, many congregants were dumbfounded. After all, the parish owned the property free and clear.

Then on May 5, 2019, representatives of the Christian & Missionary Alliance (C&MA) asked parishioners to attend a meeting where they explained that the parish and all its assets now belonged to them. C&MA is a group known for closing churches and selling off assets with none of the proceeds going to the parishioners who funded the churches.

C&MA representatives said they were shutting down the church because parish membership had fallen. However, the independent Baptist church’s bylaws required a vote of the Board of Trustees to dispose of the property, a vote parishioners said was not properly conducted.

At the end of the May 5 meeting, C&MA representatives told the more than 100 attendees that they were no longer permitted to hold services in the Grover Beach church. C&MA then changed the locks.

Parishioners soon discovered that in 2018, then-pastor Ronald Kennedy, a long-time employee of C&MA, had filed a grant deed transferring the property from Bethel Baptist Church to the C&MA, according to the deed. At that time, Kennedy was in negotiations to sell the the church and the 3.1-acre lot valued at between $2.4 million to $2.9 million to the 5 Cities Homeless Coalition.

In May 2019, then-pastor John Fleming filed a grant deed transferring the property back into the ownership of Bethel Baptist Church.

C&MA responded with a lawsuit against Fleming and the Bethel Baptist Church congregation seeking quiet title. The suit, filed in May 2019, alleged wrongful possession of property, trespass and intentional interference with a contract.

The court case dragged on for more than a year, partially because of C&MA’s failure to provide court-ordered records. Following depositions, the parties entered mediation which resulted in the parishioners prevailing and C&MA relinquishing their claim on the Bethel Baptist Church property through a private settlement agreement.