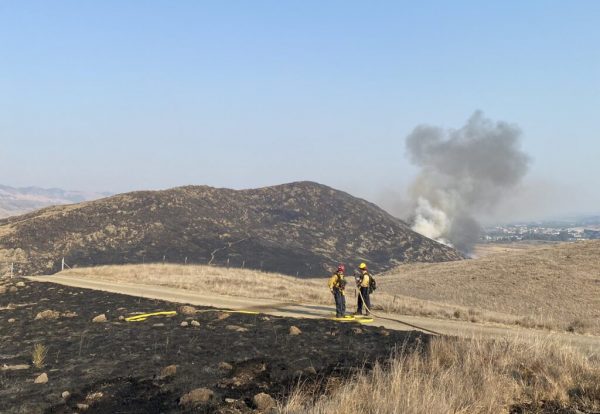 A vegetation fire broke out Sunday afternoon near Bridge Street in San Luis Obispo and spread into the South Hills Open Space.

At about 4 p.m., a 911 caller reported the blaze. San Luis Obispo City and Cal Fire firefighters then battled the blaze.

The SLO County Sheriff’s Office sent out a reverse 911 call asking residents who live east of Higuera Street, south of Bridge Street, north of Aezzo Drive and west of Stoneridge Trail to evacuate.

By 6:15 p.m., firefighters had stopped the forward progress of the blaze, which burnt approximately 50 acres. No structures were destroyed. The cause of the fire is under investigation.